Soundscape Ecology and Uncivilized Philosophy in the Quarry

This essay is an attempt at uncivilized philosophy, uncivilized soundscape ecology, uncivilized science, uncivilized writing, and uncivilized art. Inspired by transdisciplinary environmental education, queer ecology, and “The Dark Mountain Manifesto,” we affirm “it is time to look for new paths and new stories, ones that can lead us through the end of the world as we know it and out the other side” (Hine, 300). Aspire to be a Coddiwomple and travel purposefully toward an as-yet-unknown destination.

Queer ecology is interdisciplinary and “uses biology and evolution to contextualize non-normative sexualities, adaptations and presentations” (queerecology.org). Queer ecology is reminiscent of cyborg genders, in that it “is a local possibility taking a global vengeance,” where “there is intimate experience in boundaries, their construction and deconstruction” (Haraway, 316). Nature restructures boundaries.

Transdisciplinary environmental imagination and ecological aesthetics in maieutic practice may prevent the destructive consumption of the environment in recreational, educational, and industrial uses. We bring latent ideas into clear consciousness evoking “the outstanding characteristic of perception…that [it] entails no consumption and no dilution of any resource… To promote perception is the only truly creative part of recreational engineering” (Leopold, 290). In soundscape ecology, aural perceptions and deep listening spark our environmental imaginations.

“Where environmental sciences have typically tried to understand the world from what we see, a much fuller understanding can be got from what we hear. Biophonies and Geophonies are the signature voices of the natural world, and as we hear them, we’re endowed with a sense of place and the true story of the world we live in. In a matter of seconds, a soundscape reveals much more information from many perspectives, from quantifiable data to cultural inspiration. Visual capture implicitly frames a limited frontal perspective of the given spatial context, while soundscapes widen that scope to a full 360 degrees, completely enveloping us.” (Krause)

It is this envelopment by nature, this boundary-less-ness within our environment, and the willingness for the environment to consume us that is necessary for ecological restoration.

Uncivilized art, queer ecology, re-wilding, and outlaw culture emphasize radical love in critical examination and powerful discourse. We challenge the roots of the stories told to us, ground ourselves with a sense of place and time, and reject isolation from surrounding environments and co-inhabitants. The uncivilization process links the land ethic and love ethic:

Deep listening cultivates opportunities to understand the broad, whole environment, as well as noting eccentric aspects within particular sounds. A transcendent reality stimulates our aural perception in the calls for environmental justice and true liberation. “The ability to acknowledge blind spots can emerge only as we expand our concern about politics of domination and our capacity to care about the oppression and exploitation of others” (bell hooks, 244).

In the quarry, there are moments for contemplation, interpretive dance performances, school field trips, weddings, memorials, and countless intimate wild moments when humans are not present. Decay and vitality co-exist in the uncivilized re-wilding process.

The uncivilization process and land-love ethics may further reveal blind (or silenced) spots with the addition of philosophies of liberation that “[have] an explicit consciousness of [the] peripheral and excluded character, but at the same time [have] the intention and commitment of embracing and engaging the complexity of the world as a whole” (Dussel, 47). Land, love, and liberation ethics require an expansion of ourselves, while simultaneously being absorbed by the place and community around us. “The ‘system’, the entirety of the universe, lives in time marked by ‘periodicity’ and ‘rhythm’… Je danse, donc je vie (I dance, therefore I am alive)” is our mantra for “an ethics of the body and its reality, and an ethics of life” (Dussel, 50).

Attunement to our bodies, the bodies we cohabitate with, and surrounding environments will align when deep listening occurs. We perceive what is heard and felt through physical sensations, sounds, and vibrations. “To listen is to give attention to what is perceived, both acoustically and psychologically” (Oliveros). Giving explicit attention through deep listening reveals the heaviness of our restless planet, and the raw ambience that pervades our lives. “Acoustic space is where time and space merge as they are articulated by sound” (Oliveros). Ecological restoration may liberate environments from anthropocentric boundaries and anthrophony in our soundscapes. We begin to sense the destruction of boundaries and the restructuring of environments.

At a nature preserve surrounding the Clear Creek of the Elm Fork (central fork of the Trinity River) in North Texas, an abandoned quarry provides an acoustic space and soundscape seeped with cultural inspiration and natural history. During the Late Pleistocene (the Ice Age), “the Clear Creek local fauna…fossils represent two distinct ecological situations: a pond, and its sluggish, marshy, feeder-creek or slough; and an open, sandy, xerophytic, terrestrial situation. The general climate of the area may have been somewhat more arid than at present” (Holman, 152). Clear Creek is now considered an ecotone between the Cross Timbers and Blackland Prairie lands, with wetland and old-growth forest habitats. We still see evidence of the marshy ponds, sandy soils, and native cacti. The quarry was dug out in the 1920s and later, to provide gravel for developing roads (Knight). When it was no longer needed for resource extraction and the mine was closed, nature reclaimed the area and the quarry was mostly forgotten.

The Clear Creek watershed, quarry included, was conserved for flood plain management. In the early 21st century, this conservation area was developed for ecological restoration and environmental recreation. In 2004, naturalists re-discovered the forgotten quarry, carved minor pathways for exploration, and developed opportunities to immerse one’s self and participate in the re-wilding of the land. As we travel the curving paths that descend into the quarry, the temperature cools, the foliage changes, and the ground remains damp and shaded. Surrounding the quarry, old-growth trees decompose while lichens mask rock formations. The depression in the land provides an inspirational space for our land-love-liberation ethic-aesthetic. In the quarry, there are moments for contemplation, interpretive dance performances, school field trips, weddings, memorials, and countless intimate wild moments when humans are not present. Decay and vitality co-exist in the uncivilized re-wilding process.

Maieutic practice and deep listening lead us towards a land-love-liberation axiology in ecocentric restoration. Soundscape ecology and uncivilized philosophy are noninvasive healing remedies. A Coddiwomple navigates unlearning the civilized stories, and develops perceptions and awareness of the time, place, bodies, and acoustic space surrounding us through our shared journeys. When we are enveloped by nature, without borders, we intimately deconstruct all boundaries.

This field recording of the quarry was gathered (by the author) in mid-February (2018), around 1:30 pm (Central Time), on an overcast day (it rained later), it was about 40 degrees Fahrenheit outside. Focused concentration and headphones assist in deep listening. Practice deep breathing while you listen. “The ear hears, the brain listens, the body senses vibrations. Listening is a lifetime practice that depends on accumulated experiences with sound” (Oliveros). The lyrical notation is provided with a QR code, link, and track cover to the field recording below:

Highways in the distance, ominous revving.

Another Cardinal comes in, they call and respond, the plane still overhead.

Two Cardinals calling back and forth, one Mockingbird calls out

in the background, and a third Cardinal chimes in.

You can hear their distance apart, but there are no boundaries.

Birds scuffle with fallen leaves on the forest floor.

Some wind strikes the microphone.

I imagine an opera; what drama is unfolding, or what minutiae continue…

Thrashers come in, maybe a Titmouse or a Carolina Wren,

Crows begin in the distant background.

Perhaps there is a silent observer.

Leaves off. As in life, 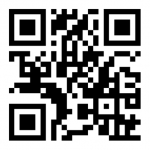 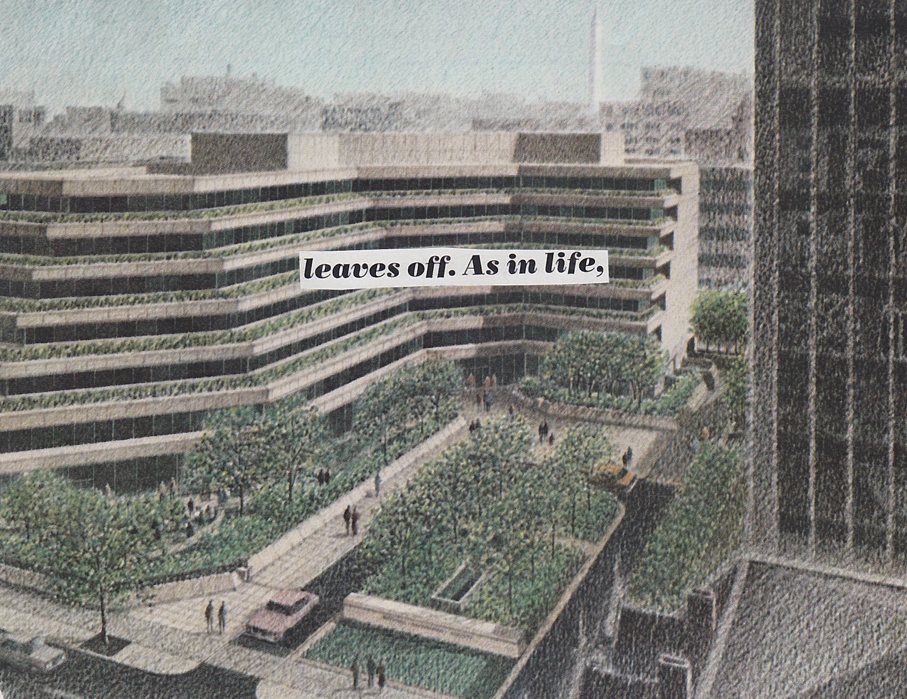 Dussel, Enrique. Ethics of Liberation: In the Age of Globalization and Exclusion. London: Duke University Press, 2013.

Leopold, Aldo. “Conservation Esthetic.” In A Sand County Almanac: with Essays on Conservation from Round River, 280–295. U.S.A: The Oxford University Press, 1966.