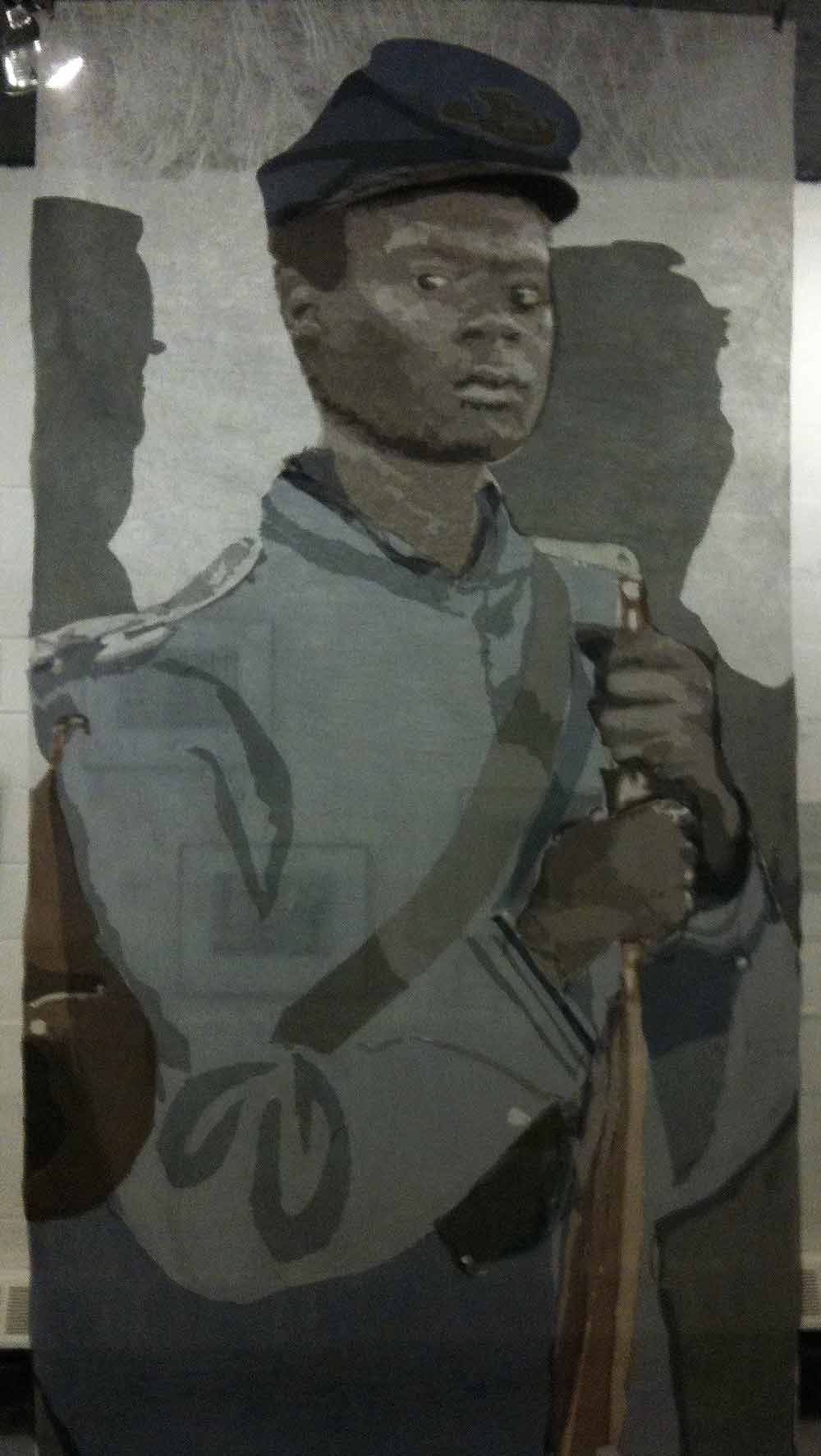 Forced Immigration is part of a continuing series of fiber works called “Burning Memories” that explores the impact of re-membering, re-claiming, re-identifying as an African, kidnapped and bought to America.

The black Civil War soldier fighting in a war that questions his humanity and that of his race is emblematic of the duality presented in remembering and identifying as an African in America.. From the 15th through the 19th Century the transatlantic slave trade led to the greatest forced migration. Based on racial theories the forced migration of African people, displaced to America, marked the inevitable conflict to end slavery, the Civil War. The Civil War continued the argument that all immigrant groups would have to prove, their ultimate human worth, their global citizenry.

Pan-Africanist, W.E.B. DuBois, in The Souls of Black Folk, describes this double-consciousness as the sense of always looking at one’s self through the eyes of others, of measuring one’s soul by the tape of a world that looks on in amused contempt and pity. One ever feels his two-ness, – an American, a Negro; two souls, two thoughts, two unreconsiled strivings; two warring ideals in one dark body, whose dogged strength alone keeps it from being torn asunder. This sense that much of his own identity and value conflicts with the identity and value imposed upon him by white America. The work is made to pose the question: Is it possible for a man to be both a black and an American without reconciling the issue of forced immigration? This “two-ness” of being African and as well as American leads to tensions in which individuals or groups are forced into identifying themselves in to two social worlds, as insider and as outsider, while always and forever participating as an insider, globally.