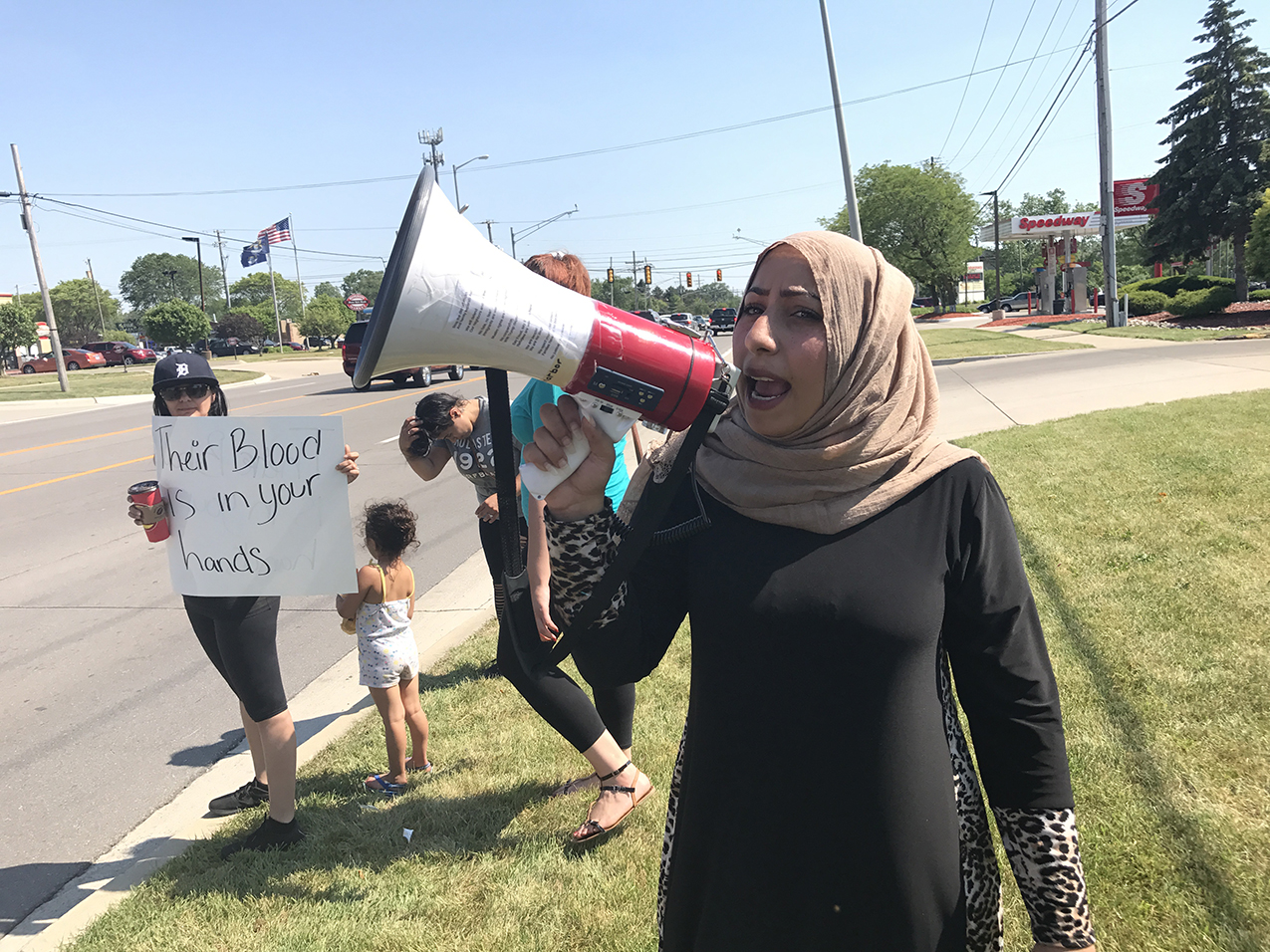 On Sunday June 11, 2017, U.S. Immigration and Customs Enforcement (ICE) officials began raids into homes and other establishments including the beach and even a hospital. They arrested more than 100 Iraqi nationals, mostly Christians, in the Metro Detroit area.

As a journalist of Chaldean (Christian Iraqi) background, I covered this story. It was very sad to watch the devastation these arrests created, but it was also moving to see so many people put aside their religious and political views, come together, and work nonstop to help the detained men and women stay in the United States. There were a number of local protests; this image is of a protest in my own city, Sterling Heights, nicknamed “Little Baghdad” because of its large Iraqi American population.

Weam Namou is an Eric Hoffer award-winning author of 13 books, an international award-winning filmmaker, journalist, poet, and lecturer. She’s an Ambassador for the Authors Guild of America [Detroit Chapter], the oldest and largest writing organization in the United States. Namou graduated from Wayne State University with a Bachelors in Communication, and studied poetry in Prague through the University of New Orleans summer program, screenwriting at the Motion Picture Institute of Michigan, and writing through various correspondence schools. Her essays, poetry, and articles have been published by national and international publications. She’s the founder of the Path of Consciousness, a spiritual and writing retreat, and Unique Voices in Films, a 501(C)(3) nonprofit organization.