He said, agreeing with his father, that jobs should move like a yoga master stretching through sun salutation, then catching a plane to another country. Outsource is nothing like the locavore bistro in search of the freshest ingredients. Outsource is the fungible waiting outside the supermarket, hands outstretched; but this is far from the one where he shops, far from downtown in a place where private security patrols illusion.

Moments of light
and shadow. Windows
of the skyscraper define
vertical. The workers fade,
less substantial than place,
their caps a marker of time.

Most of the buildings
remain, monochome
markers of momentum. 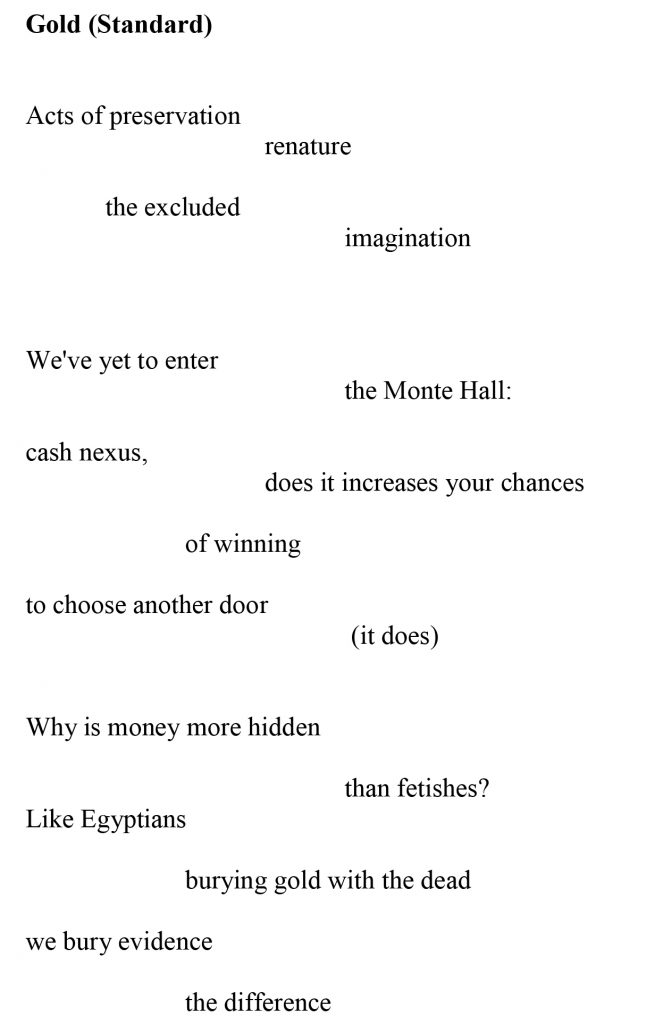 Other works by Carol Dorf »