The [bison calf] was abandoned and causing a dangerous situation—NPR, May 2016 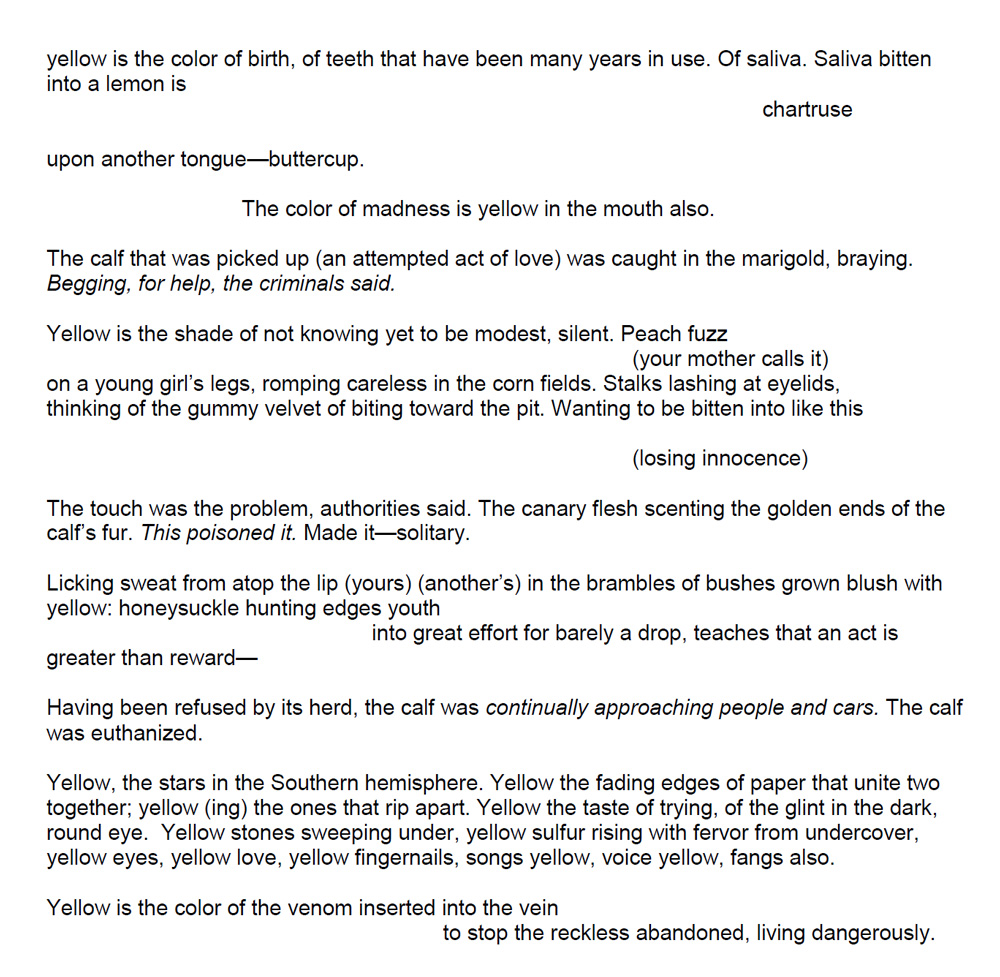 Andi Boyd is a current resident of San Antonio, Texas. She grew up in South Louisiana with a respite of time lived in Montana and (later) Spain. She received her MFA from Texas State University, and her BA in English from Northwestern State University. She writes and publishes in both poetry and flash fiction, and her work has been previously published in Gulf Coast, Pembroke, Narrative Magazine, Deep South Magazine, deComp, and Gone Lawn.