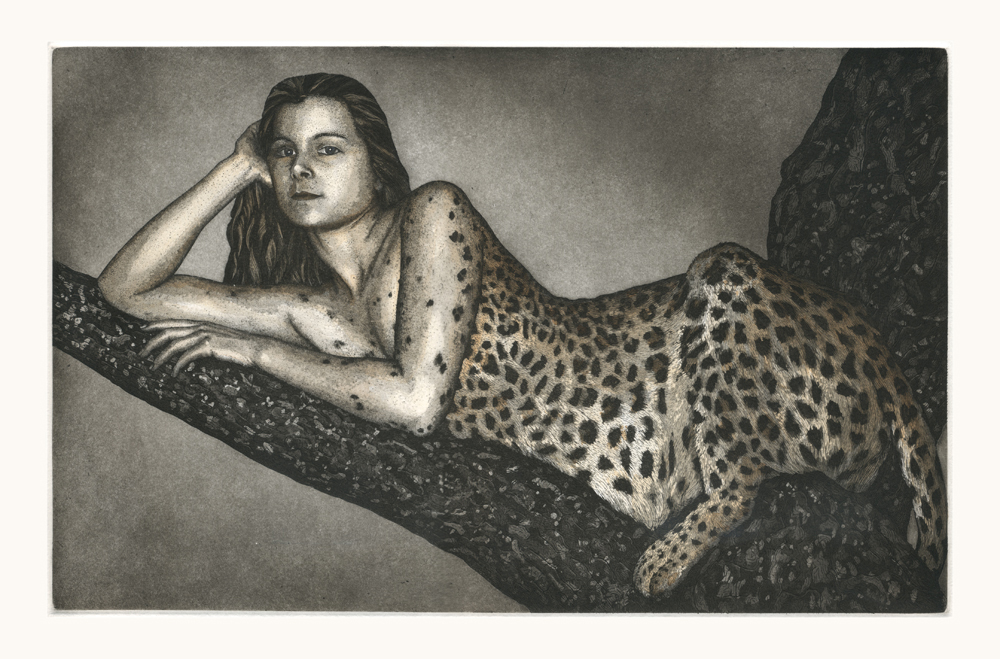 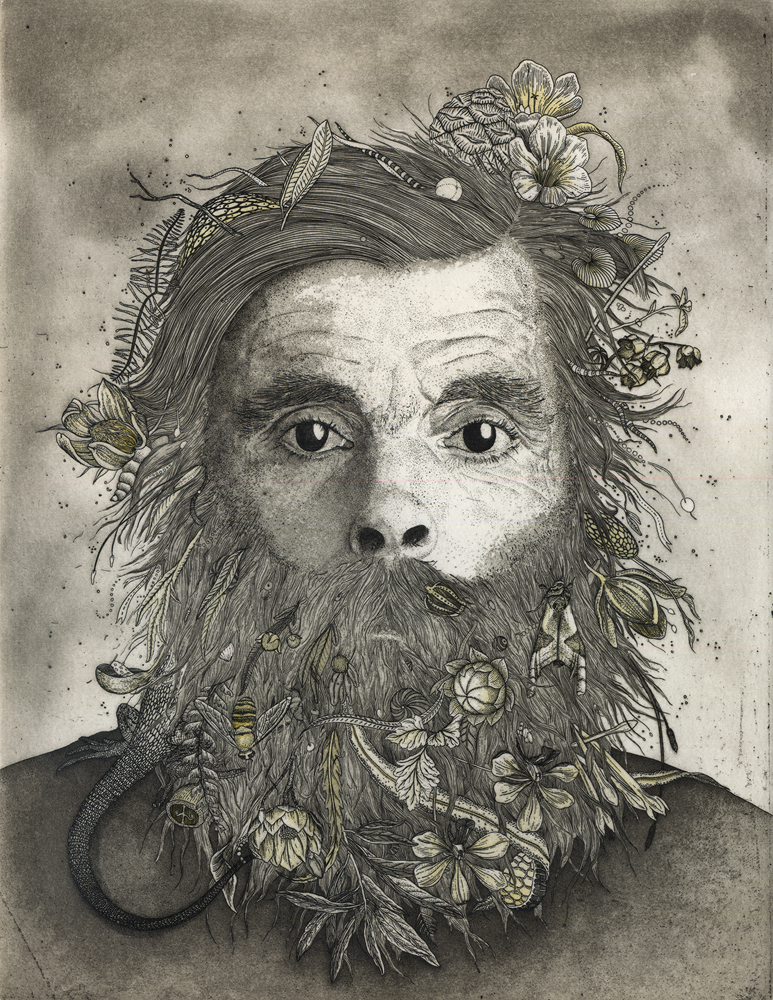 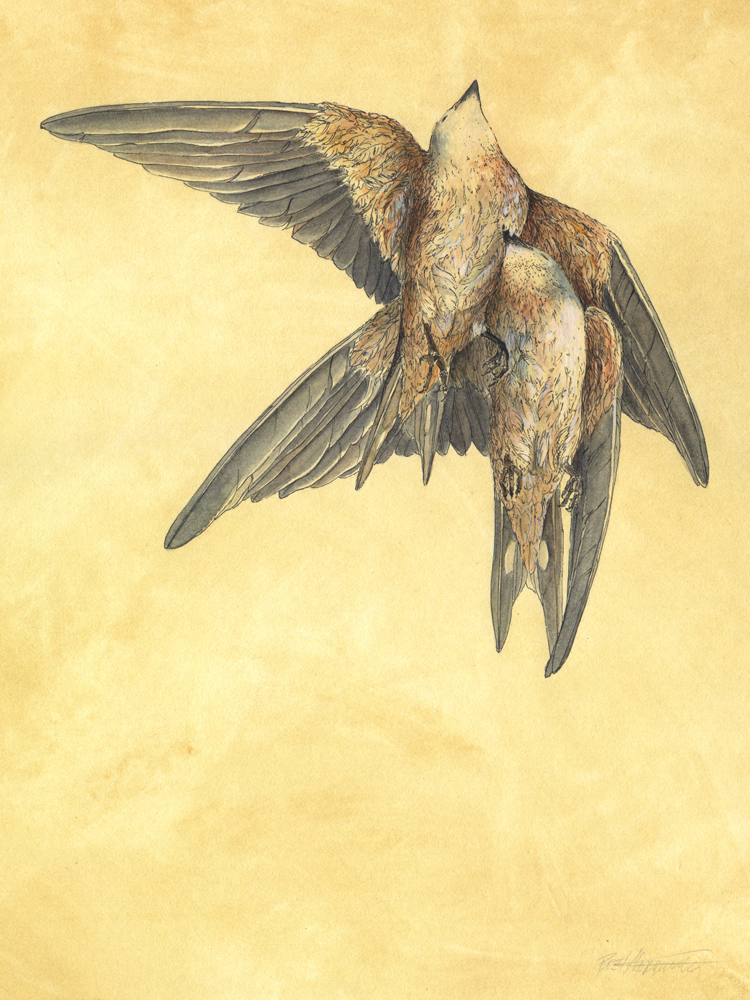 The Mermaid, The Manticore, and Me 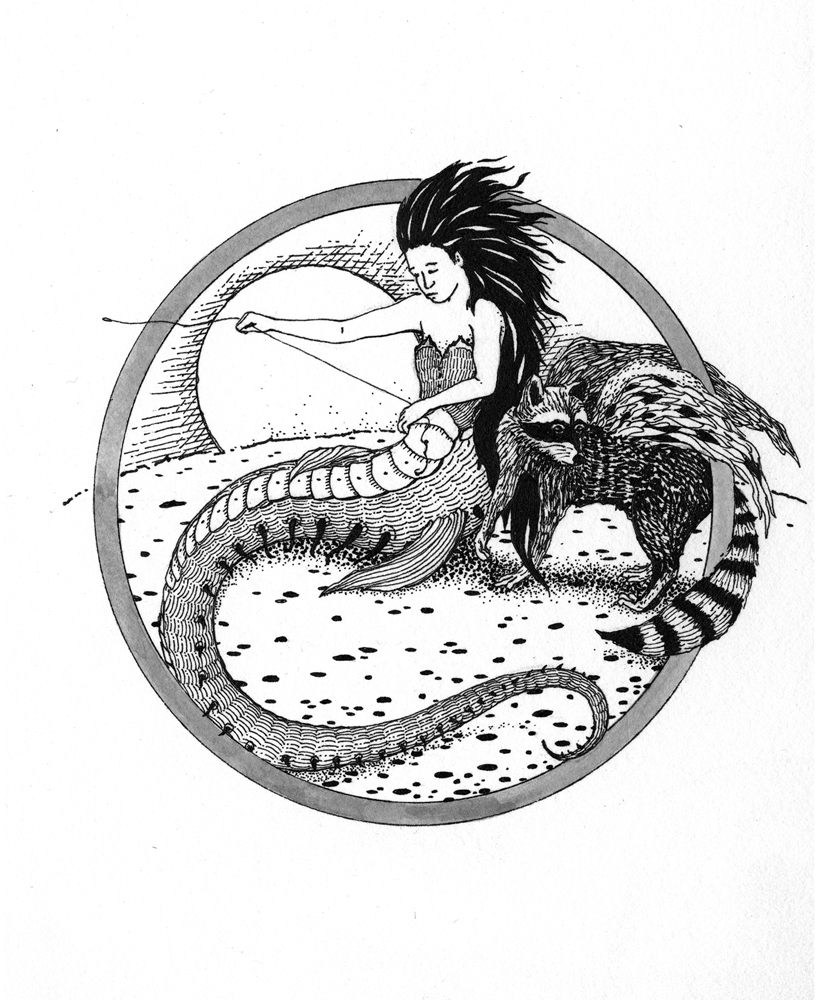 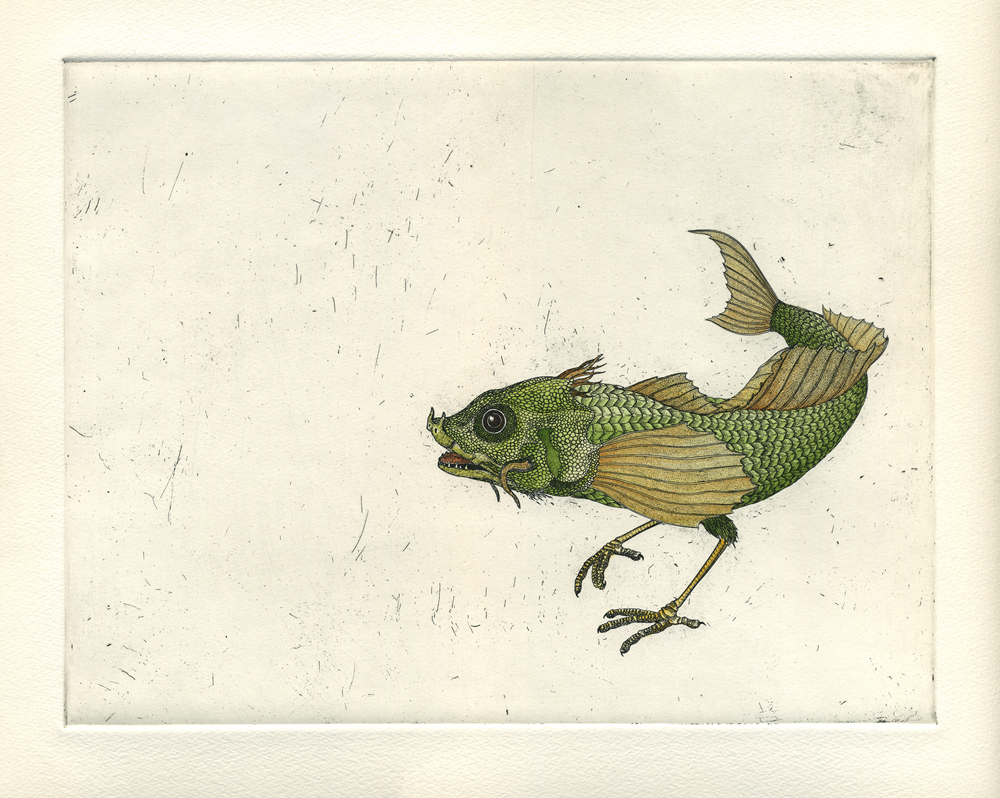 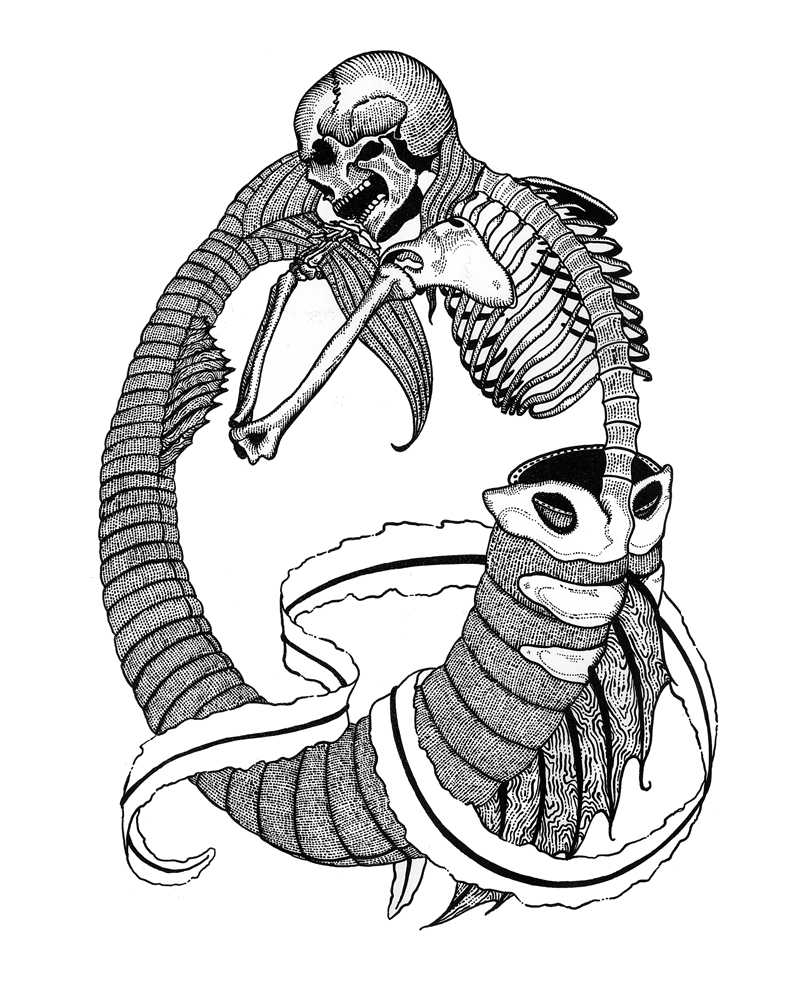 Chapter III
Adultera piscis – or Sleketon Fish – are chiefly distinguished from other fish by the (solidity) of their external integument, and by the peculiar nature of the anterior section of the body, which does not serve as an instrument to aid in the act of swimming, but as a shell for protecting the upper face of the after-body, which, unlike the other parts, remains as a rule soft and membranous. These modifications of structure, though apparently slight, must be really extremely advantageous, for Adultera picis are the predominant species of Craniata in the existing epoch. 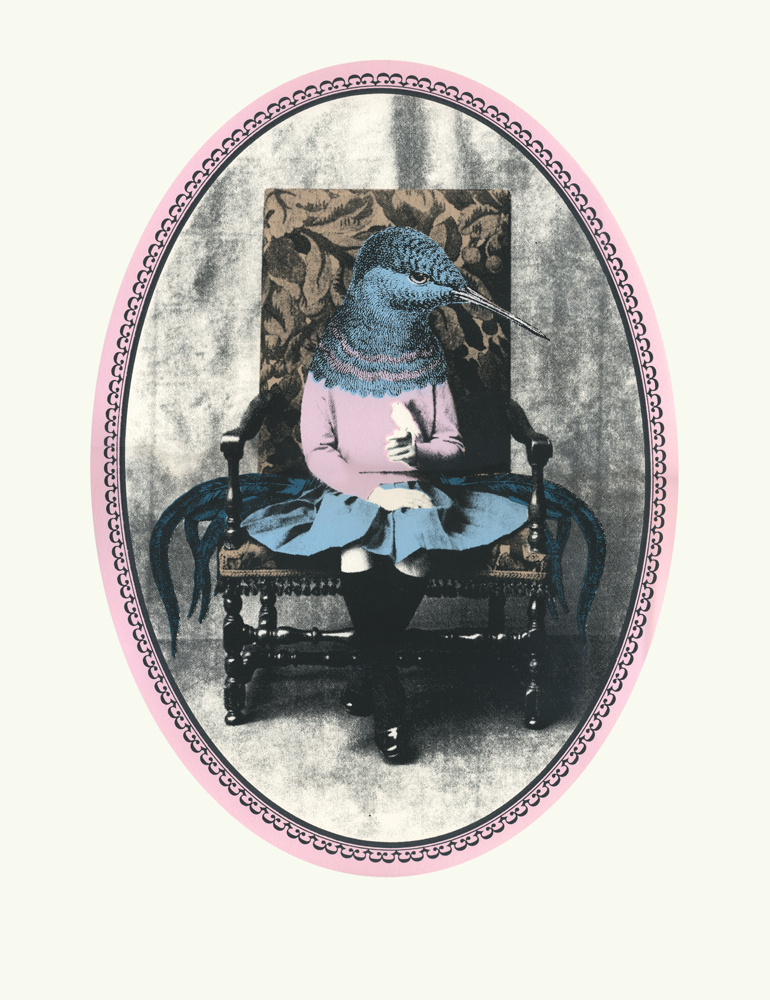 Briony Morrow-Cribbs graduated from the Emily Carr Institute in 2005 and completed her Master’s of Fine Arts degree at the University of Wisconsin-Madison, where she also taught etching. Morrow-Cribbs has shown both nationally and internationally with solo exhibitions in the Davidson Gallery in Seattle, Washington, the Artisan Gallery in Paoli, Wisconsin, and the Tory Folliard Gallery in Milwaukee, Wisconsin. She illustrated two New York Times Bestsellers, Wicked Plants and Wicked Bugs, both written by Amy Stewart; a book of short stories titled Unnatural Creatures, edited by Neil Gaiman and Maria Dahvana Headley; The Anarchist’s Design Book by Lost Art Press; and created cover art for The End of the Sentence by Maria Dahvana Headley and Cat Howard. Briony’s most current work is an adult coloring book based on the 2009 publication of Wicked Plants.