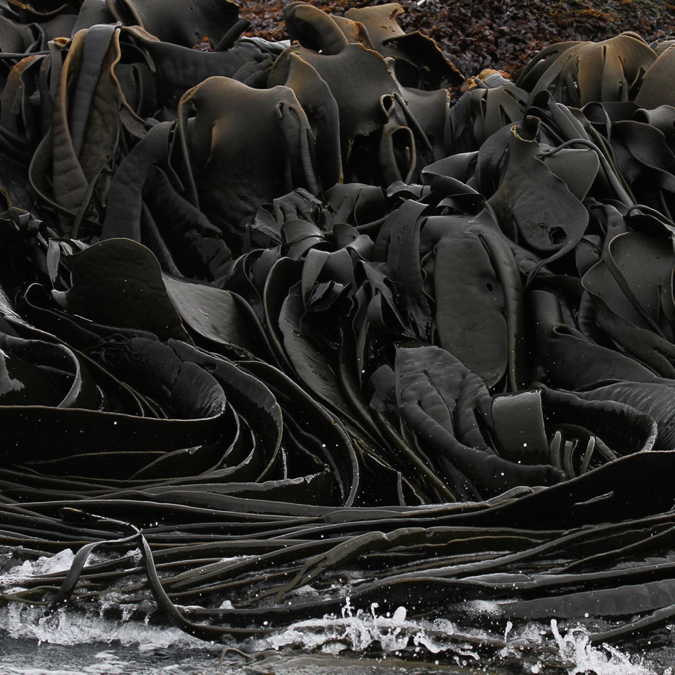 Yes yes chinstraps yes yes macaronis, hatchet-billed, oh yes kelp leathery, rock-bound & stirred in surge but even more even more the Macrocystis forest further off and yearned fast toward light since fall’s ice mowed it. Giant petrels bathe, snap up isopods. We drift, a dark cloud above fronds, peer through for treasure & find trove:
thumbnail-sized & sheened
pink clams hang from stipe and blade
this spring’s blossoms
Gaimardia trapesina. Maybe arrived from Falklands on drift-wrack. Described the year Alabama became state, Spain gave up Florida, Rip Van Winkle became. Lamarck wrote: Branchiae ample. Foot linguiform, and capable of great extension. Mouth… with labial appendage on each side. Rectum appeared to traverse the heart, and to terminate just behind it. The heart itself is attenuated at both ends.
the heart itself is attenuated at both ends1

[1] The bull kelp present on South Georgia is Macrocystic pyrifera. It is one of the fastest growing things on the planet, up to two feet a day. Lamarck, in addition to describing the clam/mussel, is known as the man to have first used the term “biology” in its modern sense. These words are taken from his description of the closely-related Modiola trapesina. Gaimardia was not described as a separate species until 1852.