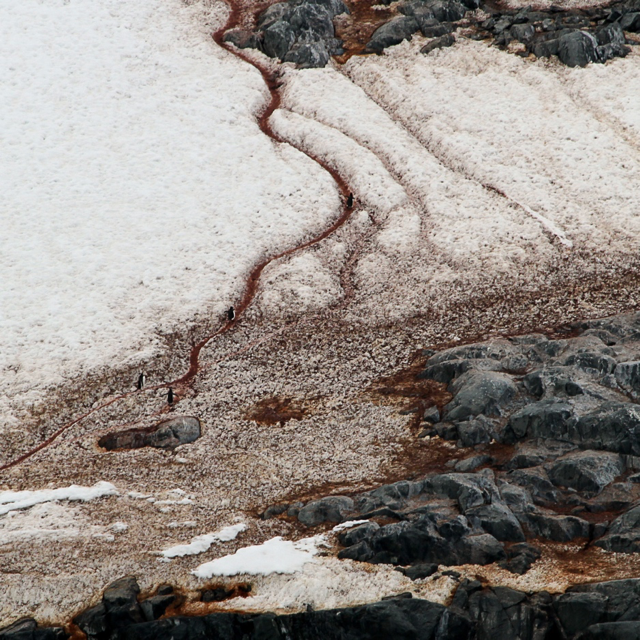 Calm, so we stop at Charcot. No one’s been, but there are rookeries, stories, views, so why not see. Been on how long now? Six weeks? Seven? Low light. Red coats march uphill. My orange stationed alone at the flagged path’s foot. Unsure of what I’ve traveled, seen, perhaps earned. But now the moment: most forbidden & natural act of my time here.
fumble toward new-gaped cold
squat, sigh pishing into snow
a Weddell seal snores
Home, the certificate in a box with others: birth, sixth grade graduation, love letters proven false, Arctic Circle, this (first piss).
3

[3] When applying for an National Science Foundation grant for the Antarctic Artists and Writers Program, I learned that if I were to camp out on the ice, I’d not only have to bring back all solid waste, but all liquid waste as well. “Pishing” is a nod to Bashō who describes, in poem 31 of Back Roads to Far Towns, the fleas and lice and horse urinating by his pillow. In the 1968 Grossman Publishers translation by Cid Corman and Kamaike Susumu, this action is rendered as “pishing.”