The Sound of Infection

A Concept of the Universe Based on the Sound of Infection

The work included here is documentation from a staged showing that was the result of an intensive two-week series of workshops with collaborators of mine in Detroit. In addition to being artists, many of us also work in the fields of HIV prevention and AIDS social justice. Our workshops were exploratory and structured around the premise that we were in Detroit three hundred years in the future and HIV had mutated to give people magical powers. 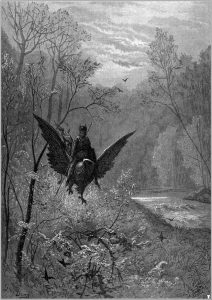 This future imaginary setting allowed for us to reframe AIDS through science fiction metaphors and supernatural aesthetics. By turning away from the dominant logics and symbolism through which the AIDS pandemic has been articulated in biomedical discourse and in popular culture, we sought to re-imagine how HIV-related stigma is experienced and embodied. In this adapted planet, colors had toxic powers that infected its population with experiences of being stigmatized. Through the workshops, we developed three characters who were on a journey in which they transformed this stigma into magically empowering modes of being.

The workshops were also loosely based on Handel’s 1735 opera Alcina, in which a sorceress lures men to her enchanted island and turns them into stone. When the audience arrived at the public showing at Lightbox, a community performance space in Detroit, they were given an image of an etching by Gustave Dore that was included in the opera’s original libretto of the character Ruggerio riding a hippogryph and landing on Alcina’s island. I asked the audience to close their eyes and imagine themselves on her magical island, and to transpose elements from the landscape of Detroit around them into this world. In this utopian science fiction world, the original opera was interwoven with dance, theatre, and painting.

Ruggerio is up center painting orange over an image. Alcina and the violinist adjust metronome.

The magician enters holding a frame around his face and speaks.

Magician: The setting of Handel’s 1735 opera is the enchantress Alcina’s island. With her magic powers she has created a magnificent palace in a beautiful landscape to lure her many lovers into her power. A mortal, however, Ruggerio, is about to undo all of the spells that hold Alcina’s lovers captive. It is only through this loss that Alcina discovers that she is genuinely in love with her most recent prisoner.

The magician sets frame down.

I woke under the grey and hazy froth of recall and fancy, just under the film of consciousness.

I woke to the most verdant and vivid expression of a garden oversaturated in the evanescent light of the old world. I think this is what they say the color orange looks like.

Had we landed on the planet earth? The ruined city? I had always imagined blackness smeared with red. Or a desert strewn with the petrified bodies of the minsters of abolition.

Then I see her, the witch Alcina.

Magician and Ruggerio stop what they are doing and look at Alcina.

Alcina “hums” her intro to the Ombre Pallide.

We had heard rumors from the third moon of Saturn of viral adaptation. But history has it that despite all of the bioengineering advancements in HIV prevention, the virus killed off all life on earth as it adapted to enhance carbon and leached into the ozone.

But there was one fabled stronghold that was said to have remained inhabited.

Everyone: The place where clocks never died

Magician: There is so much nature here. But is it real?

Ruggerio opens an orange pill bottle. Takes out a pill and swallows it.

Magician: My eyes cleared once again, and I saw abandoned houses that appear to have remained unchanged for 200 years.

The ways that nature has overtaken the structures here: the decay verges on the magical. The flakey asbestos paint that looks like a hippogriff’s scales glitters in the air at dusk.

Alcina throws some confetti into the air.

Time must be stopped here. An isolated universe that neither expands nor collapses.

Everyone: The place you rip open over and over

Alcina: When your people abandoned this planet and took all of the pharmacists away, we congregated under the electric orange clouds.

They were toxic yes but look at how smooth my skin is.

Everyone: A voice has skin, a city has revolution

Alcina: As we looked for a cure our bodies kept replicating.

They enslaved something in us that has in turn given us great power.

Conversion ceased being an event and instead was an endless series of dramatic scenes.

Everyone screams in horror.

Alcina: With each new phase, we adapted to HIV, and let its viral tempo describe our biology until our eyes glazed over and our blood changed to glow fluorescent orange.

Magician: As HIV began to mutate and give those infected shapeshifting powers, early philosophical questions were raised as to whether the change from a reasoning being to a chemical creature was not preferable after all.

Alcina steps in how to instruct them

Magician: Alcina was also taken as the archetype of the predatory female. In the eyes of those who left earth during that time of great crisis, her ability to turn people into stone made her notorious both as a magician and as a type of sexually free woman.

Alcina sits in a chair. Ruggerio rests his head in her lap. Magician speaks directly to the audience.

Magician: I thought the painful history of AIDS would keep you away from my strange island. How is it that I find you here laying in my arms tamed like Neptune, underneath a sky blossoming orange.

Magician: My magic looks stunning on your ordinary body, stopped in time, as the infection begins to spread. You’re already turning into stone, but you don’t know it yet, my love.

Magician: I have deceived you, and my heart is heavy. For this elaborate opera that I have created for you will never end.

Everyone: A kind of earthly revolution, a supernatural autumn that lasts forever

Magician: Your people thought AIDS would kill us all but I am immune to time, like the beam of a lightless star. What I would do to keep this truth of my magic from you.

Magician: The ghosts whisper songs of truama in my ears.

Magician: But the soft vulnerability of your conversion haunts me. This is why they call me an evil witch. For I am preoccupied with performing a future that is haunted by an ongoing and endless pandemic.

Magician: I have made you immune to the memory and history of infection, and because of this you love me too easily.

Marc Arthur is an artist and scholar who holds a PhD in Performance Studies from New York University (2019). He is currently a Postdoctoral Fellow in Arts-based Social Justice Research and Practice at the University of Michigan where he is studying the role of directing, devised theatre, dramatic writing, and acting in achieving diversity, equity, and inclusion. His research and teaching interests encompass contemporary performance and theatre practice, dramatic literature and history, performance studies, queer theory, and critical ethnic studies. He is currently working on his first book project entitled, An Imagined Virus: Theatre, Memory, and the Politics of AIDS, which argues that artists ​use performance to restage the AIDS crisis by enacting dramaturgies of transformation and new forms of biomedical embodiment.