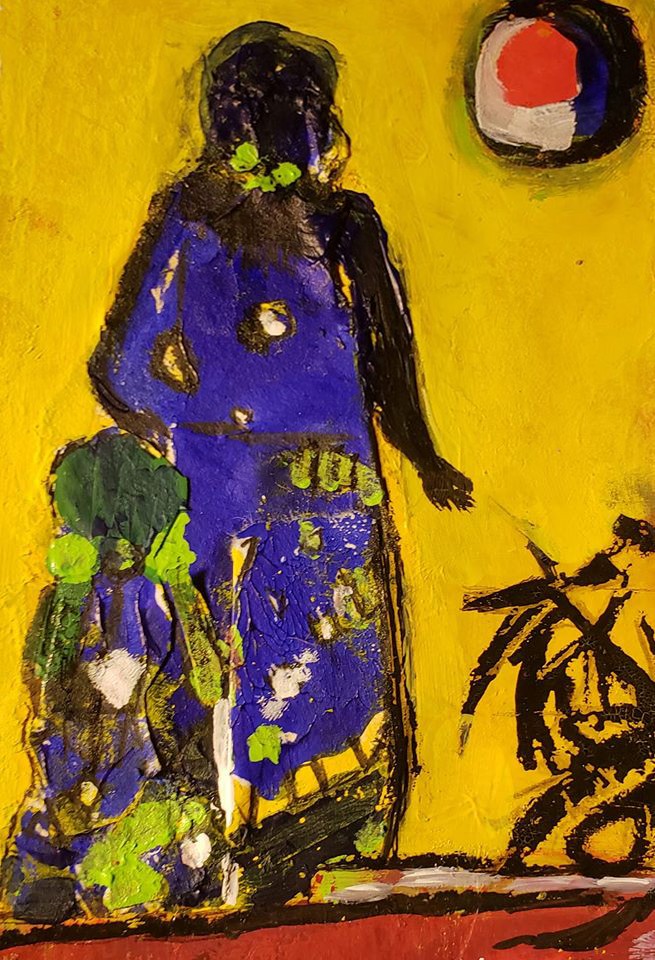 Kathleen D. Gallagher is a former distinguished senior lecturer of English at the University of Akron/Wayne College, an award-winning writer (2007 Writer’s Digest Honorable Mention for a feature article entitled “Cutting Storm,” and a 2011 Honorable Mention for her essay “Flying Objects” in the 2011 Writer’s Digest competition). She is also a poet with works in journals such as South Coast Poetry Journal: Issue #15 (Honorable Mention for “Focal Point” judged by writer/poet James Dickey). A self-taught collage artist, her work “Somewhere” won honorable mention in the 2001 National Collage Society’s Postcard Contest, “Wishing You Were Here.” A collage entitled “Bone Collage” is posted in the September 2011 Hospital Drive: The literature and humanities journal of the University of Virginia School of Medicine. Her collage “One Woman” is now a cover for Pushcart nominee writer Michelle Reale’s book “If All They Had Were Their Bodies,” through Burning River Press, November 2011. She is a former NEOMFA creative writing student at Kent State University. Gallagher was a finalist in the First Grand Tournament event through Writing Knights Press which resulted in her first poetry chapbook “I See Things are Falling.” She was nominated for a Pushcart prize in December 2012 through Writing Knights Press.