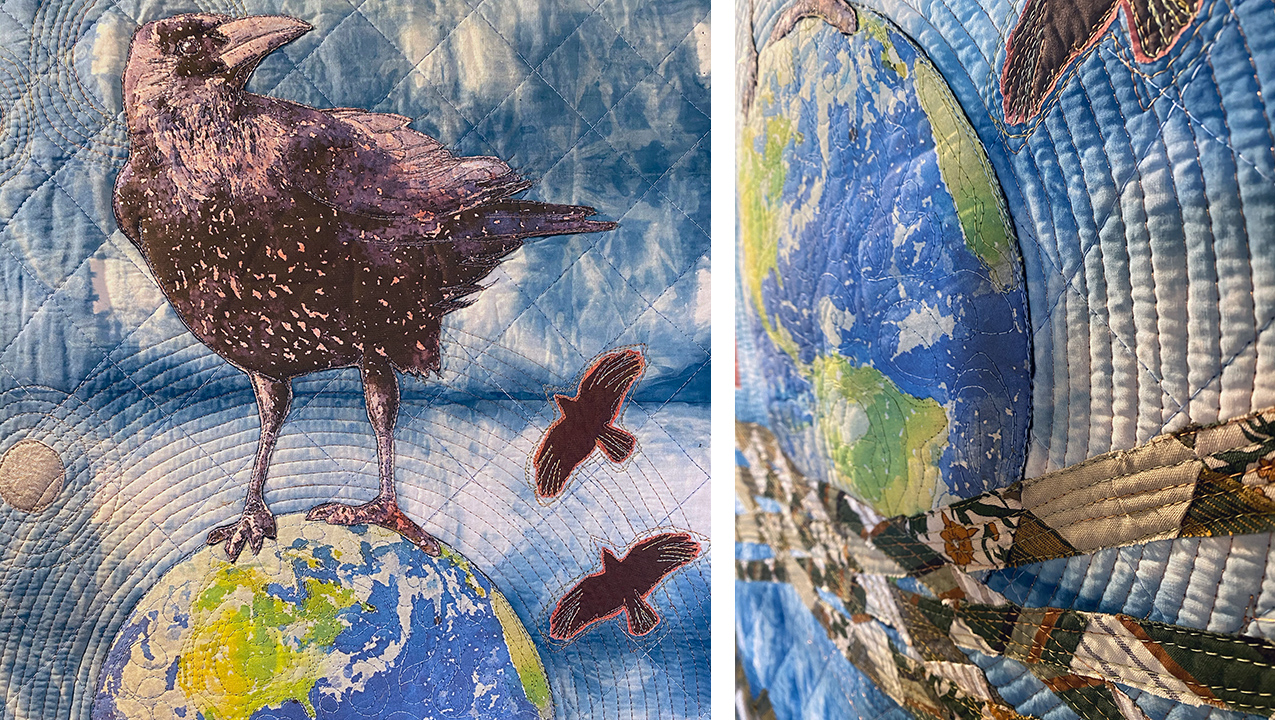 In the beginning there was the vast void a swirling mass bereft of time or place. But somewhere in the limitlessness nothing came a spark and then a bang and the flare of place and time began. What happened next is told and retold in different ways in different places by different people. The stories are remarkably the same and wildly different but all, in their way, tell the story of our making and sometimes our unmaking. So, here is another story, it is a story of my crafting it borrows and begs bits and pieces from others but is no one’s, just mine, for the telling and the taking.

So, in the beginning after the flare and flash of creation, the sun, our star emerged and our earth, sun’s faithful servant, began her yearly oblations circling and spinning with our dear companion moon stitching each day to the next. And so it was that time and place began. Many spins of sun, earth and moon transpired before the universe had a new inkling, perhaps the warp and the weft of time and place could create a new fabric of being on this roiling planet. So Raven was called from the darkness to direct the earth into life. Sister Raven was tasked with nurturing her little fledgling earth into bright being and encouraged to stitch and knit new life in a multitude of forms. She called her mate to join her in this auspicious commission and the two with great care spun the threads of new life into being, and the cloth of their making flourished and flowed for time upon time.

But recently the pieces of this perfectly pieced planet have begun to unstitch, and the raven’s watchful eyes had missed the human recklessness that had begun to unstitch what they had carefully pieced. The Ravens continue their work, to patch and piece, to darn and mend the many holes left by human disregard and neglect but the great unraveling has begun, and the Raven pair is weary. So, we of nimble fingers and crafty heart must take up our needles to stitch, sew, knit, and weave our island home back into being before the great unraveling is finished.

Lisa Thorpe is an art quilter and storyteller. She strives to invite and intrigue viewers to look closely at her work, then look again; she endeavors to evoke wonder, curiosity and inquiry. Lisa has an affinity with nature and her art quilts are imbued with the magic of the natural world and all its closeness and mystery.