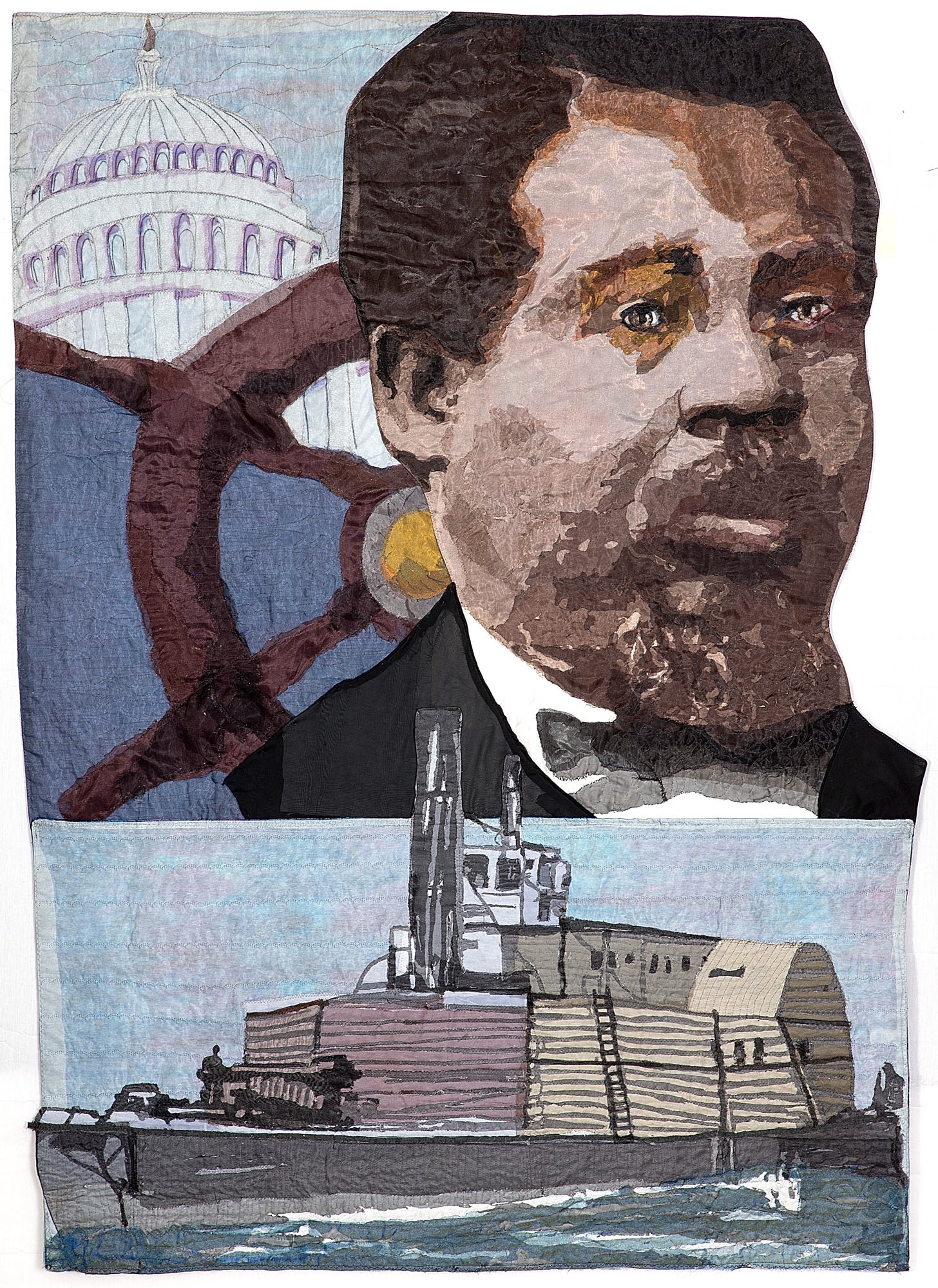 This image is in the same Quilted Chronicles series, Robert Smalls: Wheeling Freedom. The quilt is based on the true story of an enslaved boy, Robert Smalls, (1839-1915), in South Carolina among the Gullah people, (his Gullah name is Swonga). He is taken to Charleston by his enslaver and there he grows up around the seaport. During the Civil War he is enslaved on a Confederate ammunitions boat “The CSS Planter”. On May 13, 1862 he and other co-conspirator enslaved engineers on the boat commandeer the Planter when the boat’s white crew members sleep overnight in the town. Robert, posing as Captain, and his mates know the waters and codes and are successfully pass through five Confederate blockades and pick up their families and then turn over the ship and its cargo to Union forces. Underground Railroad on the sea. Smalls is honored by President Lincoln and is later made official Captain of “The USS Planter” and another vessel. He is responsible for ferrying the Massachusetts 54th Regiment to battle at Fort Wagner, SC, July1863. After the Civil War he is elected as a representative in South Carolina’s legislature for two terms and then is elected for five terms as the South Carolina representative to the US Congress. He begins the public school system in South Carolina and retires as a customs clerk. From enslaved man to boat pilot, self-liberated man to sea captain, to politician.