Issues » Voices of the Human Spirit » Section 1: Because we believe it is sacred » Patricia Monaghan

Selections from Mary: A Life in Verse 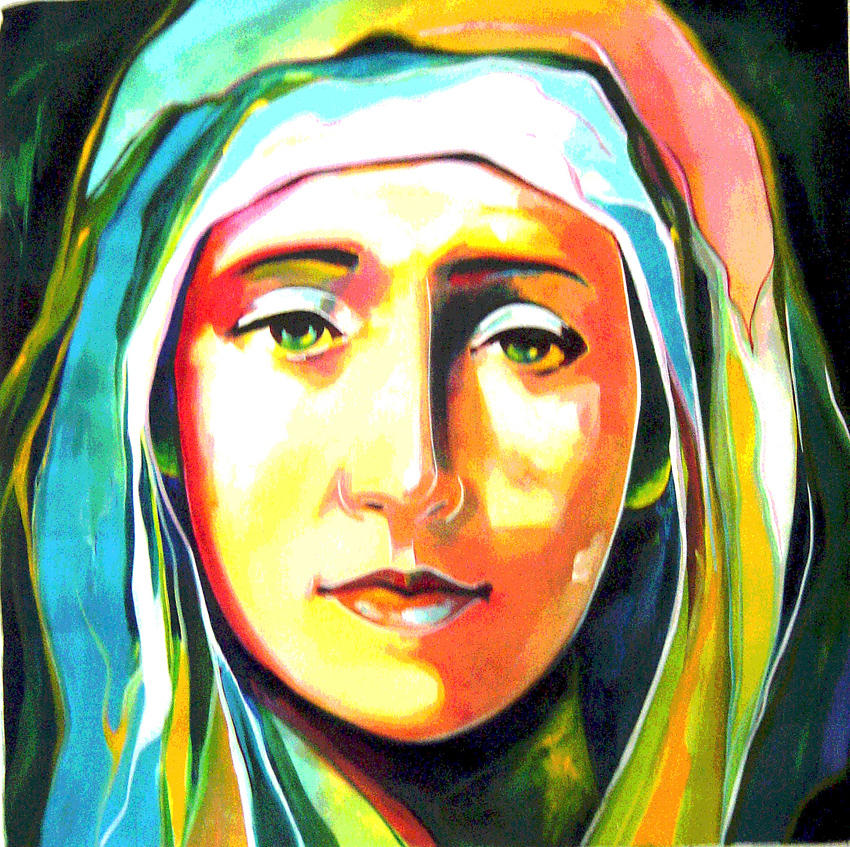 They Have Surrounded Me

THEY HAVE SURROUNDED ME for years, for ages.
They look like dreams or paintings now, but they were real
in their time, as I was real in mine. Somehow I remained
while they dissolved, their pain and promise lost. Those
girls, those girls.

Every woman becomes pregnant through a miracle. Every
one of those girls like me—alone, abandoned, poor, hope-
less, homeless—every one carries the secret of the future.
Even those who refuse the angel—even they are holy.

I was alone and poor, silent with mystery, my body ripen-
ing like a pomegranate.

So many like me, so many millions of girls, fresh as dew,
beautiful as doves. Some were refused food and died, some
were pelted with stones and died, some were thrown in the
sea and died.

Only a few found shelter. I was one of the lucky ones.

When my son said, “what you do to the least of them,”
whom did you imagine that he meant?


I Could Have Been One

I COULD HAVE BEEN ONE who suffers little joy,
little pain, one who redeems nothing, is guilty of nothing.
Except for that instant when I felt power spread through
my body.

It was in my flesh, not in my soul, that the miracle took
place. Life shone through my body. At the moment I
agreed, I embodied love and power. Rivers rose in flood
with my tears, the sea grew hot with my lust, the wind bat-
tered in fury when I raged.

I became the world. I had no doubts that this child was
intended by every power I knew.

Oh, angels toy with us so!

From here—from this heaven, this dream, wherever this
is—I can see what I did not see then. In the ages that have
passed since I was a mother, I have learned such bitter
truths. That for every child beloved and desired, a dozen
are not. That my experience was not that of every mother,
every child.

From this heaven, from this dream, I see infants exposed
or strangled or suffocated. Mostly girls. No one counts
them, no one has counted them in all the years since I left
the earth. All those innocents, outnumbering the desert
sands.

The boys do not escape, even if they live. Herod killed
them in their swaddling clothes. But mostly kings let them
grow up, then kill them in wars and persecutions, and they
keep on killing them and killing them. The slaughter of
innocents goes on, and on, and on.


There Is So Much You Do Not Know

From here, I watch you invent lives for me, ones that suits
your needs. But when I call out to you like a leper, you close
the door.

You look up to heaven, but I live beside you, starving, hurt,
abandoned. I stare out from the eyes of the girl doomed to
be sold into an old man’s bed. I am the homeless mother,
hiding from the knife. The old one, raving in mindless
pain, shunted aside, ignored.

When my son left, I was cast out. Under law, I could not
inherit. I used the little coin I had to buy widow’s clothes,
as the law required. Then I had nothing.

I could beg. Most widows did. Or I could find someone
to take me in, to bake bread, haul water, sweep the hard
dirt floor. My parents were long dead. Joseph’s family
lived in Bethlehem. There was nowhere else to turn.

I took a little bread and set out under a darkening sky.

Poor women walk. I see them all the time, walking in rain
and snow and scorching heat, through forests, over deserts.
I see them now, on broken pavements and dusty trails, I
see them sore and aching, walking. Poor women walk,
they always have.

And so I walked. Down the plain of Esdraelon beneath
Mount Tabor. I walked in fear through the valley of
Jezreel, land of the Samaritans. To the River Jordan, to

Jericho, to the valley of the shadow of death. I walked for
weeks, a poor woman struggling along a dusty road. To
Bethlehem, again.

Patricia Monaghan completed Mary, A Life in Verse before she died November 11, 2012. She was the co-founder of the Black Earth Institute and conceived the specific idea for the About Place Journal. Patricia was a Pushcart winning poet with 7 authored books of poetry and several more edited. Other publications included The Red Haired Girl From the Bog and Alaska by Heart (A satirical autography of Sarah Palin). Since her death a new paper edition of her defining Encyclopedia of Goddesses and Heroines; Brigit, Sun of Womanhood (co-edited with Michael McDermott); Sanctuary (poems from Ireland and Wisconsin’s Driftless Area) and the brand new Mary, A Life in Verse (Dos Madres Press) have been released. Rights have been obtained and work has begun on re-printing O Mother Sun. For further information see www.patricia.monaghan.com or email her co-founder and widow Michael McDermott.

Other works by Patricia Monaghan »