The Department of Planetary Futures Seed Simulation Laboratory (SSL) and Mission Nucleus was an interactive art installation, performance set, and viewing room at Urban Arts Space gallery in Columbus, Ohio in the late spring of 2021. In the SSL, we investigated seed pods, considering them as tiny survival methodologies. Botanical research shows that seed dispersal is a primary function for plant species survival, and there are a great variety of ways that seeds have developed dispersal methodologies by evolutionary design. The SSL explored these dispersal modes in earnest research as well as in performative states as an investigative process of “trying on” plant species survival tactics.

The movements created by the seed pods during these experiments were translated into choreographed movements and incorporated into a performance series during the installation. The Mission Nucleus part of our installation served as a Control Room or Viewing Station, where performance and experiment documentation came together in a multichannel video and sound experience.

Humans often imagine themselves as separate from nature, enacting harmful practices of domination as opposed to living in reciprocity with the natural world. Our research asks: how might our relationships with imagined planetary futures be more fruitful if they begin from a process of listening to and drawing from the wisdom of plants? How might humans and nature be better served collectively if humans practice plant-based survival tactics? Further, what are the human bodily limitations in attempts to practice seed dispersal mechanisms as a human survival tactic? Where might humor and joy be found in the practice of recognizing human limitations in relationship to nature, as opposed to domination?

Stories can function as a compass. An art installation acts as a site through which mythologies and narratives of human-plant relationships can be created, perpetuated, and literally stepped into by an audience. In this work, we are re-imagining human interactions with plants, how and what we learn from them, and how we apply that new knowledge, create new stories, and hopefully form new relationships with plants and the earth. 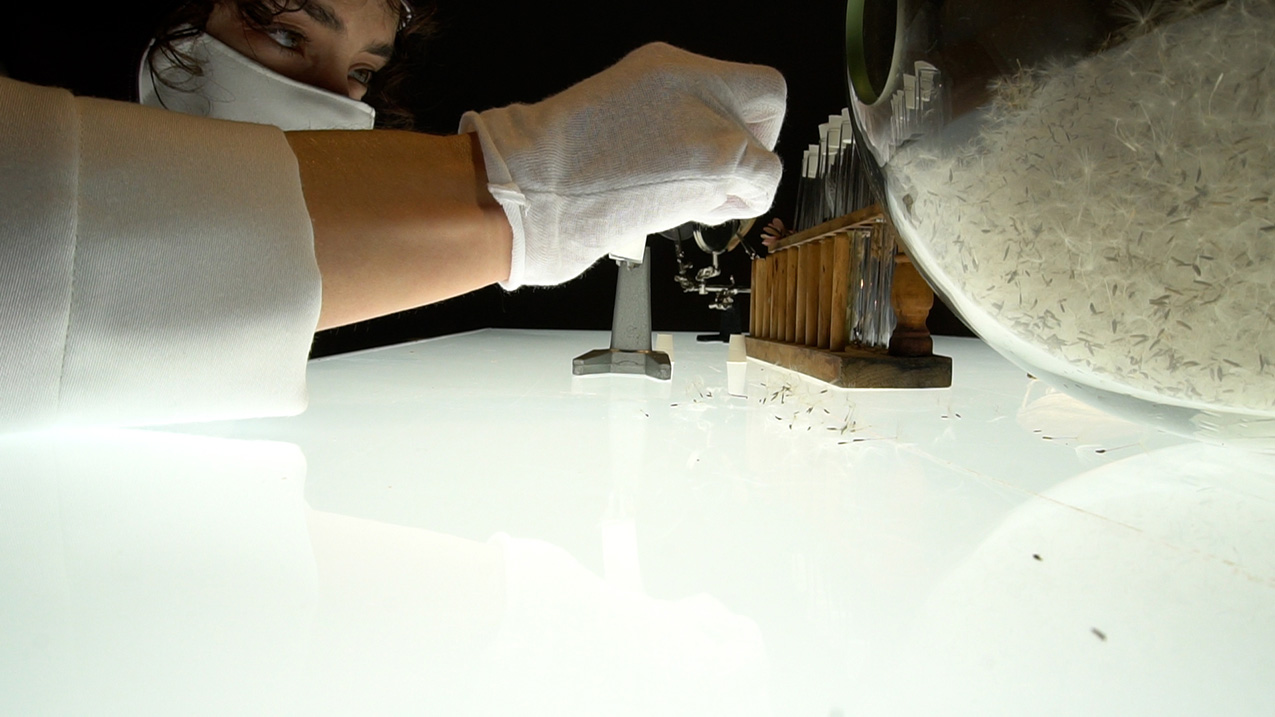 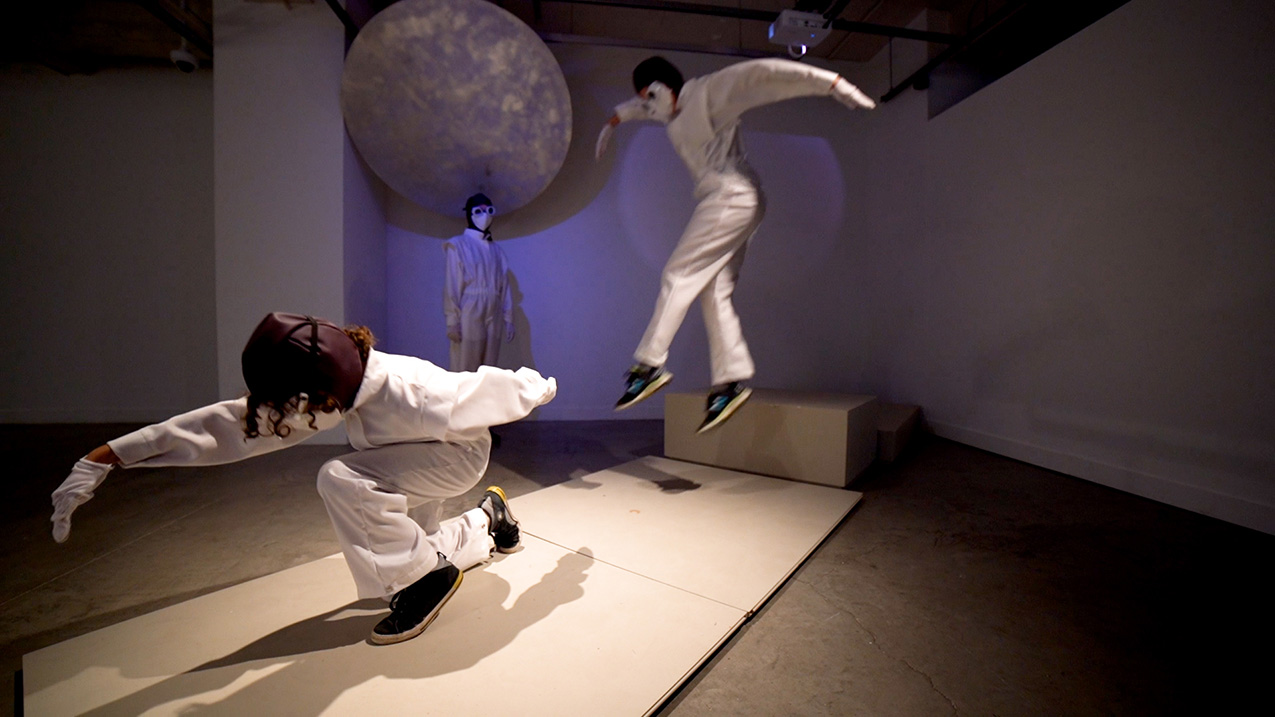 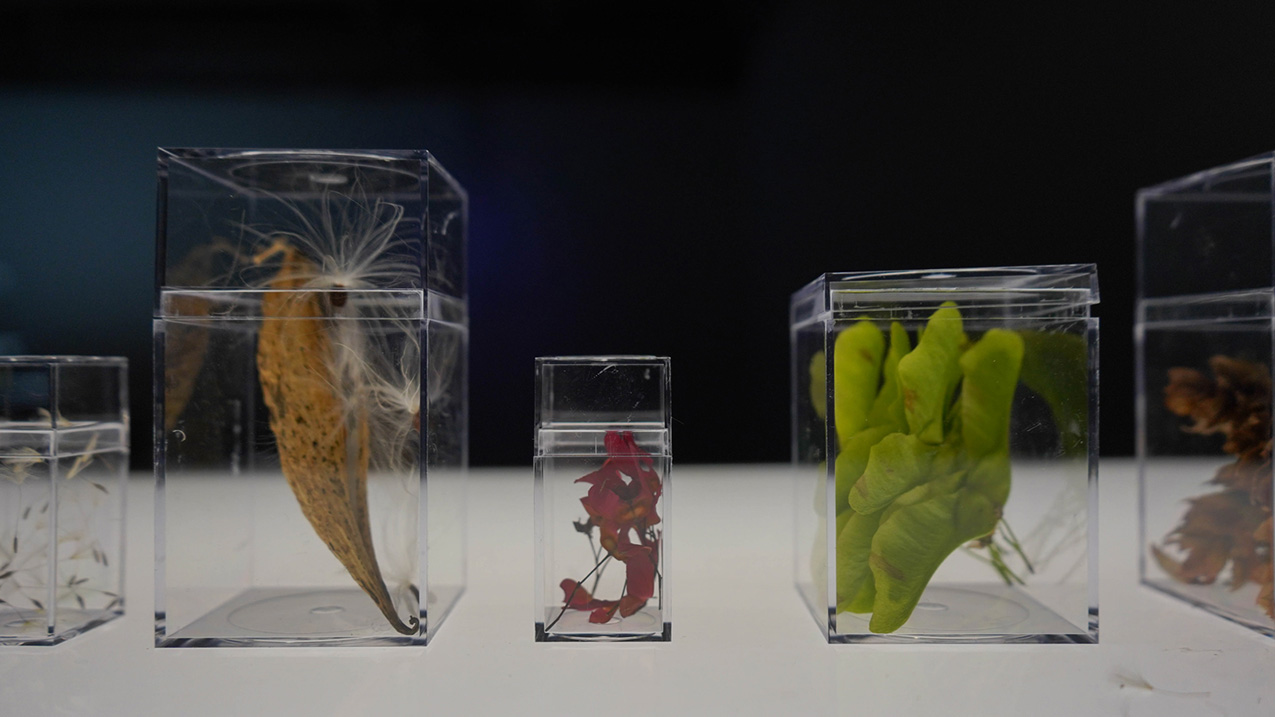 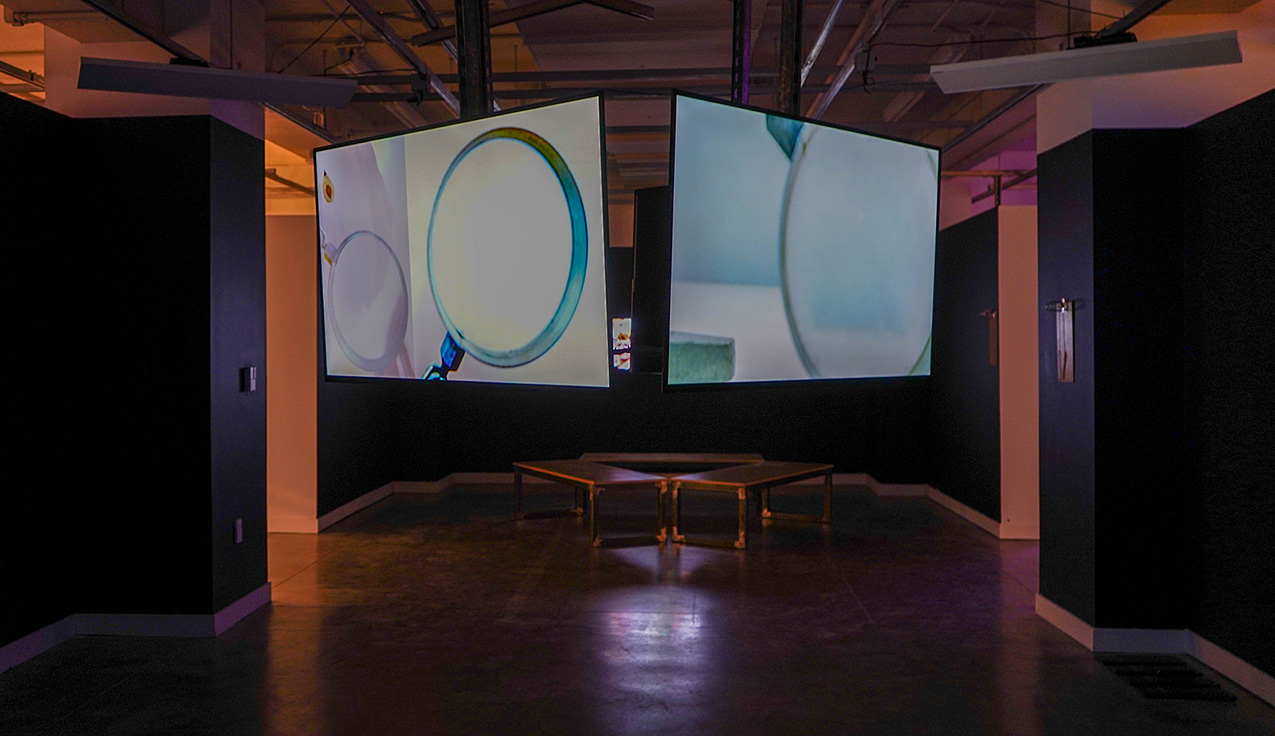 Kathryn Nusa Logan is a collaborative interdisciplinary artist who utilizes experimental art practices to explore perspective, lineages, and imagined futures. Her current research is based in integrated dance-with-camera works that holistically consider the camera in the making process. Through this work she is interrogating the dominant gaze by engaging in new, somatic-based practices of looking and interacting with cameras. Kathryn holds a BFA from the University of North Carolina School of the Arts and an MFA from The Ohio State University.

Jacklyn Brickman is a visual artist whose work entangles science fact with fiction to address social and environmental concerns by employing natural objects, processes and technology. Her work spans installation, video and performance, with special interest in cross-disciplinary collaboration and social engagement. Fellowships include The National Academy of Sciences, Chaire arts et sciences, Jentel Foundation, National Endowment for the Arts and Erb Family Foundation. She has exhibited her work in the US, Canada, France, India, and Slovenia.

Collaborators since 2018, Logan and Brickman share cross-disciplinary backgrounds in the visual and performing arts, multiple uses of the camera, and integrative new technologies. Their collaborative works are grounded in imagining new futures by investigating the the scientific realms of botany and astronomy in relationship with the performative body. Their ongoing use of video, 3D world-building, and installation is intentional, space-sensitive and sensory, conscientious of the viewer’s physical experience. They are currently Founding Scholars for the Studio D Institute Residency Program at Florida State University.