From the Santa Fe to Silfra and back

It is December. I’m sitting on a stump beside the current on a gentle bend of the Santa Fe River near my home in North Florida. Lily pads, like emerald clusters, dot the shallow edges where the water courses lazily over the limerock bottom. The water looks like clear tea, the leached tannin from the cypress roots gives the river water that golden-brown, almost magic hue. The river is spring-fed, so the water temperature is a constant 72 degrees year-round. I dip my fingers in the water.

After a while a dull hush of the gentle current lulls me into thinking I’m the only one here. But the water skimmers flittering around the fallen logs say otherwise. A Great Blue Heron awaits in stealth for an errant fingerling bass to have an attention lapse that will lead it to its demise, succumbing to the flick of the birds’ sharp stab, and swift swallow.

An osprey comes scanning up river, majestic yet unpretentious, searching for a meal. Turtles sunning themselves on a partially submerged log mid-river, plop in tandem into the water at the sight of the predator’s fly-by. Now and then a remote voice and distant thud of a paddle striking the gunnels on a kayak is about the only other human presence here now. A fish breaks the surface upriver. It is hard to believe that a week ago, it was below zero. Today it is overcast and almost balmy, and a slight breeze bristles the naked branches on the trees at river’s edge.

Another year has gone by. They say that getting old has its rewards. Nothing like having lots of “remember-whens” under one’s belt. But the river doesn’t seem to care much about the passage of time, it just runs, and the seasons change, and the leaves fall. And then they come out again in the spring to adorn its banks. Some people notice.

It is difficult if not impossible to not sense a holiness as I sit here, in silence. The cypress knees, like spent candlesticks dot the banks of the river. Mossy rotting logs bridge some boulders at the bend. Two great wings splay gracefully about a quarter mile downstream, and a giant heron lands spectacularly upon a grassy island in the shallows. All this water. The simple serenity of it all, the millions of droplets of dew that it would take to converge to form such a watery expanse is unimaginable, but not taken for granted, all of it will flow into the Suwanee and down to the Gulf of Mexico and then to touch other Earth oceans.

Halfway across the Atlantic near the Arctic Circle, at the crack of Silfra, just beyond Reykjavik, Iceland, melted glacial water seeps through volcanic rock to fill the craggy fissure formed by earthquakes which once caused the North American and Eurasian tectonic plates to rift and form the Continental shelf. The meeting of two continents was thus disrupted in the 1700s, and the gap at Silfra continues to widen about two centimeters every year.

Silfra is no Santa Fe River. It takes its water from glacial melts one hundred years of slow seep before the water reaches the spring that feeds the Silfra rift. I was there one summer, floating, face down in a dry suit with the water temperature of 35 degrees Fahrenheit. I marveled at the blue bottom through my mask, the sunlight piercing the water as the light beams lost themselves to the indigo depths, who knows how deep, into the entrails of the earth.

This is the last day in December, another year gone by. I suppose my yellow pad has page limits. It would be hard to fill all these thoughts on one pad and to have sufficient hubris to think that I can remember every event of every second I have lived in and write it down in time. But here comes a Great White Heron which just landed mid-river after a flicker of wings and elegant descent. It stands in stillness there, looking down at the water, then towards me, as if it may know something I don’t know. Is this my “exit”? Will I be able to finish this sentence? That is how fragile my time feels these days.

The river has exempted me from all intrusions, as has Silfra. I in turn give the waters my thanks and reverence for allowing me to interrupt them in their holy moments of being so that I could feel, touch, see and hear them. No greater gift is mine than this, to know that the waters of Silfra and the Santa Fe will meet somewhere in the Atlantic and will eventually blend so I can rest assured my spirit will always be in both places at one time. 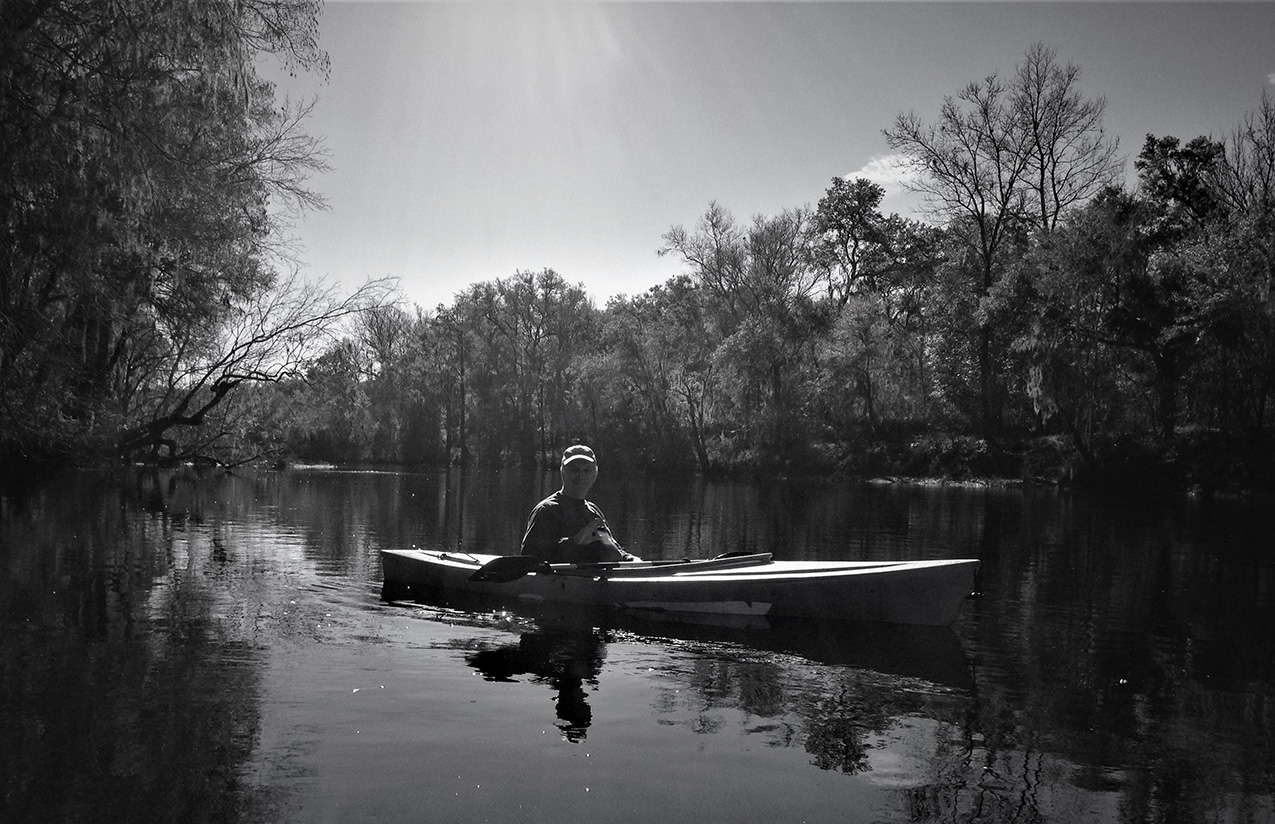 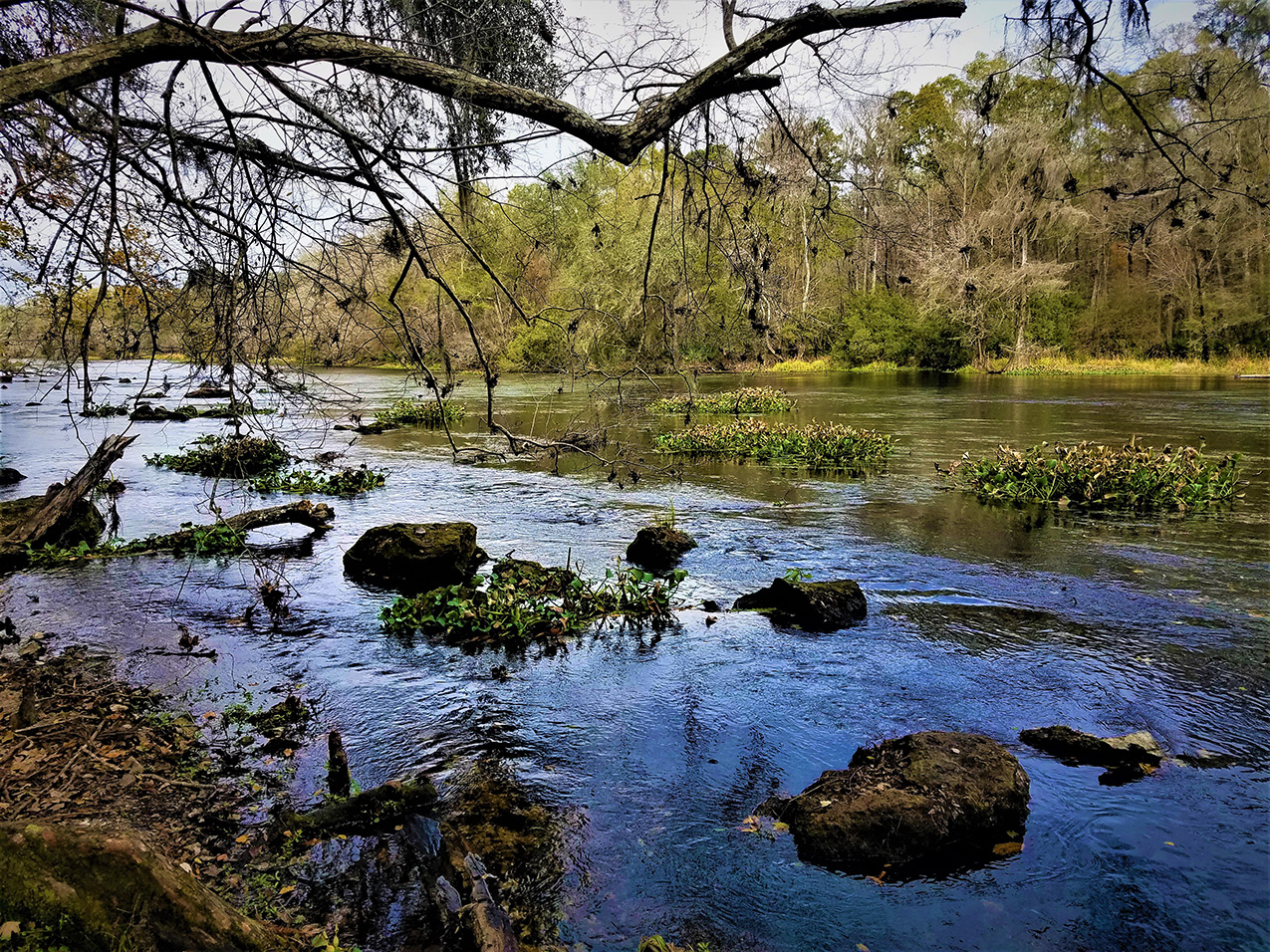 An academic physician and scientific writer, Ricardo José́ González-Rothi has had his fiction, creative non-fiction and poetry featured in the U.S. and in the U.K., in Acentos Review, Biostories, Lunch Ticket, The Bellingham Review and others. He is also an amateur photographer and his work has been awarded, published or upcoming in The Gainesville Sun, Heal Literary Journal, Light, Space and Time Gallery, Northwest Review, Fusion Art Gallery, London Photo Festival, Wanderlust Travel Journal, Grey Cube Gallery, Hispanic Culture Review and Tiny Seed and Ilanot journals. Born and raised in Cuba, he came to the United States as a refugee in his teens and now resides in North Florida.