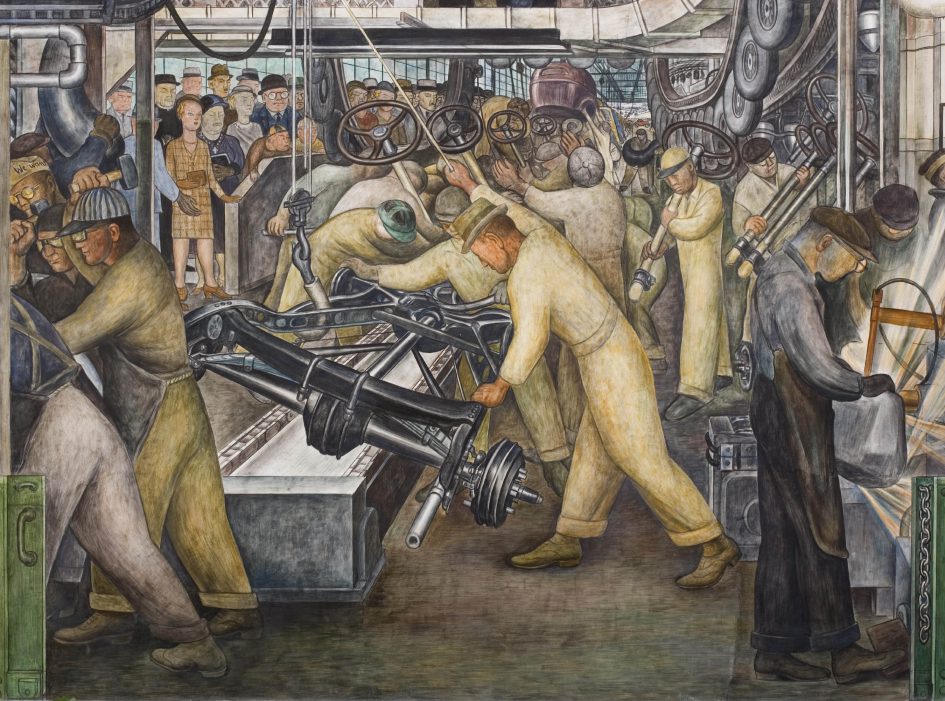 Every tool carves its own shape of danger in the space of your work,
Dan says, demonstrating to his novice trail crew with his axe,
swinging its sharp blade, its heavy blunt back-of-the-head
towards us as we take in the arc it could cut through the air
intersecting a finger, a hand, a head or a neck in the killing zone
it’s acquired, like fire; the distance it could be hurled, the spray
of bark and chips as it bites into the tree fallen across the trail.

And know where your team is, he gestures, as we look around,
suddenly alert to the tools in our hands—crosscut saw, lever, lopper,
bowsaw, maul—and back off from each other, the flaming shape
that surrounds each tool, begin to think where to place our bodies,
how to work the two-person saw—never push, only pull, talk
to each other, wedge the cut to unbind the blade, keep the teeth
out of dirt, plan where the blade will go when it cuts through.

And know where the log will go, he show us—prop a fulcrum,
pivot the log, lever, roll, so that the fallen maple trunk, severed,
turned, becomes the lunch seat beside the ski trail. Minimum tools,
minimal cuts, the forest service mantra for working in wilderness
as we solve the physics of a dozen fallen trees, wake to our pay
of loon calls from the lake, sugar maples yellow and red among
the hemlocks in mist, pine needle carpet, frost on our canoes.

Now, every axe, maul, lopper, and saw sketches a trajectory in air,
a space of possible dominion, a place I vacate with respect,
rearranging my stance, looking around, a weight I measure,
an effect I trace, imagining, before I lift a hand. And now
I know how only five people with sticks, hand-saws, and an axe
can move an eighty-foot fallen tree-trunk a foot-and-a-half thick—
the work in old-growth forests that buckers and swampers did.

Only yesterday, in blaze orange
to mark us in hunters’ eyes, we walked
the deer trails through wet stubble,
stepping over the rain-washed guts
of a deer the hunter left along the path—
simple sacs, that might have been purses
abandoned by children in play,
or river-round stones cast glistening
in the grass.

The hunter neighbor
will bring venison sausage later
to our friends who own the land—
though these entrails across the path
say he thinks he knows who owns
these woods, these November weeks.

Easier pickings for the hawk, of course;
and perhaps we too have laid
our small affronts across his door,
as, later, we emerge steaming
from the sauna’s dry air,
scented of cedar and eucalyptus,
to plunge naked
into the outdoor horse trough,
shocked awake by icy water.

Robin Chapman’s most recent books are Abundance, winner of the Cider Press Review Editor’s Award, and the eelgrass meadow from Tebot Bach. Her poems have appeared recently in Alaska Quarterly Review, Prairie Schooner, and Wilderness. Recipient of the 2010 Appalachia Poetry Prize, she lives in Madison, Wisconsin. Her work appears in ceramics beside the giraffe at the Milwaukee Public Zoo, as part of Poet House’s The Language of Conservation project.

Other works by Robin Chapman »