In a certain time and place, an accomplished poet of color shared the emails she received after the Academy of American Poets published her poem online.

The emails came from a person who claimed to be named “Ann Taylor” and objected to the poem’s references to race by calling it … racist.

Here are the emails, redacted, enacted as erasures to call out their underlying truths.

—Minal Hajratwala
(reproduced with permission from the recipient) 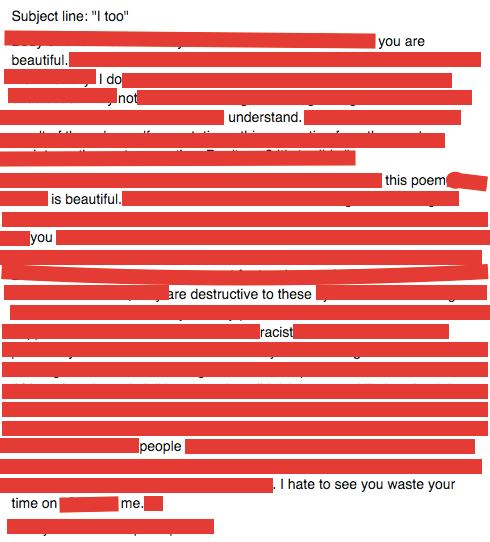 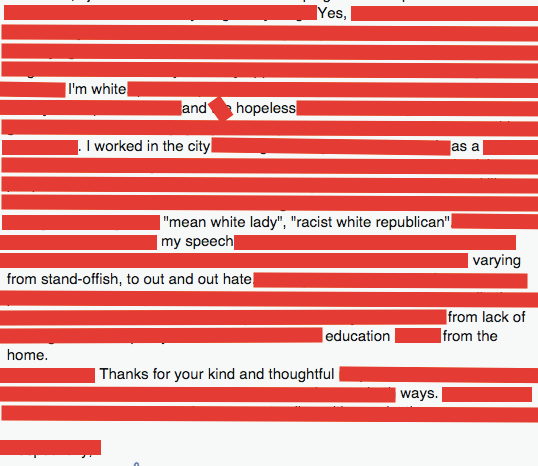 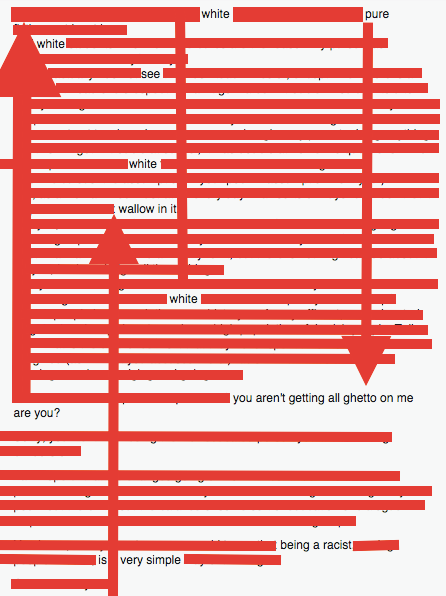 Minal Hajratwala latest book is Bountiful Instructions for Enlightenment, published by The (Great) Indian Poetry Collective, a mentorship model press she co-founded. Her award-winning nonfiction epic Leaving India: My Family’s Journey from Five Villages to Five Continents was called “incomparable” by Alice Walker and “searingly honest” by the Washington Post. She edited the groundbreaking anthology Out! Stories from the New Queer India. She graduated from Stanford University, was a fellow at Columbia University, and was a Fulbright-Nehru Senior Scholar. Her 2015 essay “A Brief Guide to Gender in India” was named one of the best pieces of writing on the web by the Golden Giraffes. As a writing coach, she loves helping people give voice to untold stories. She teaches as a faculty member of the VONA summer workshop for writers of color and through her private Write Like a Unicorn portal. Find her at www.minalhajratwala.com .