Mother and Child at Rest on the Limn of the Earth 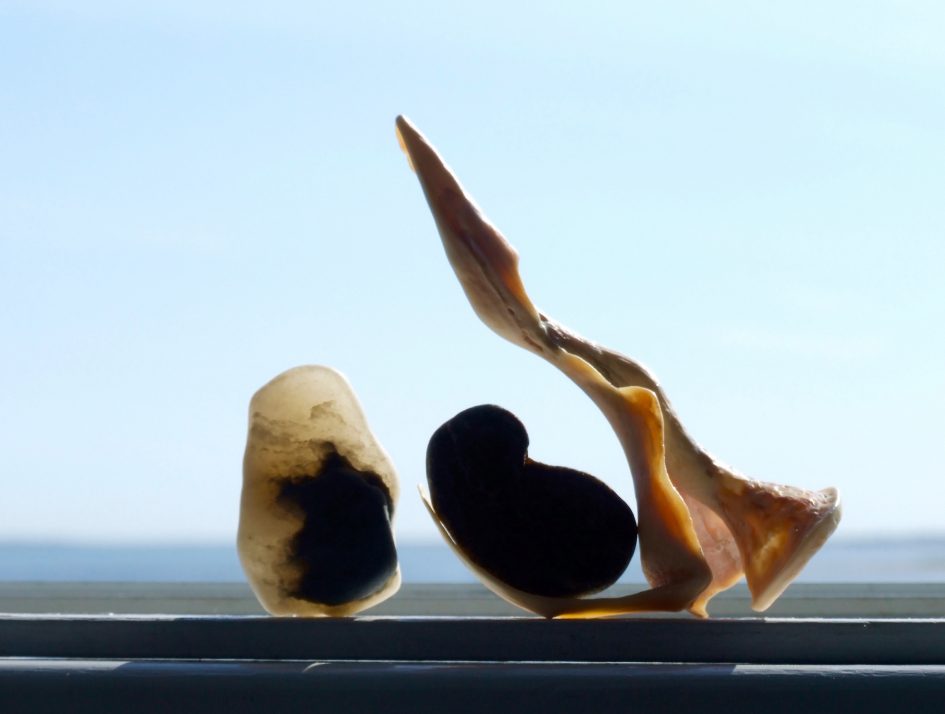 Two stones and a weathered shell I find along the shore of Steps Beach in Nantucket. I begin to assemble them, realizing that is what I am doing, who I am: assembing, assembler. I am Nature’s curator coming upon these works, the product of the collective effort of an artist’s colony whose members are Wind, Rain, Sea, and Sun. These works, speechless, nevertheless witness. I, a work of also, but with ears to hear and tongue to speak, name: Mother and Child at Rest on the Limn of the Earth.

What we imagine we can bring forth into being. This triad seems cleansed of the horrors of human history, and is        open to begin life anew.

Richard Cambridge’s poetry, novels, art, and theatre productions address controversial themes on the American political landscape. His theatre-troupe Singing with the Enemy (co-founded with Cuban-American singer/songwriter Patiño Vazquez) produced Embargo! portraying the fifty-year U.S. blockade of the nation of Cuba, and (with former Black Liberation Army member and political prisoner Kazi Touré) Presente! a dramatic mural about the plight of political prisoners and prisoners of war in the U.S.

In 2004 he received the City of Cambridge Peace and Justice award for the contribution of his art and activism.

Other works by Richard Cambridge »